On Friday 10th May, Simone Enefer-Doy (Chief Executive of Lifelites Charity) and her team left their office in London to embark on this year’s challenge.  Volunteers across the Provinces have been providing transport to get her around every county in England and Wales on an epic road trip to raise funds and awareness for their vital work providing life-changing technology to every children’s hospice across the British Isles. This year included the Isle of Man, taking the challenge to a total of 48 landmarks in 15 days using different forms of transport to move from one Province to the next. 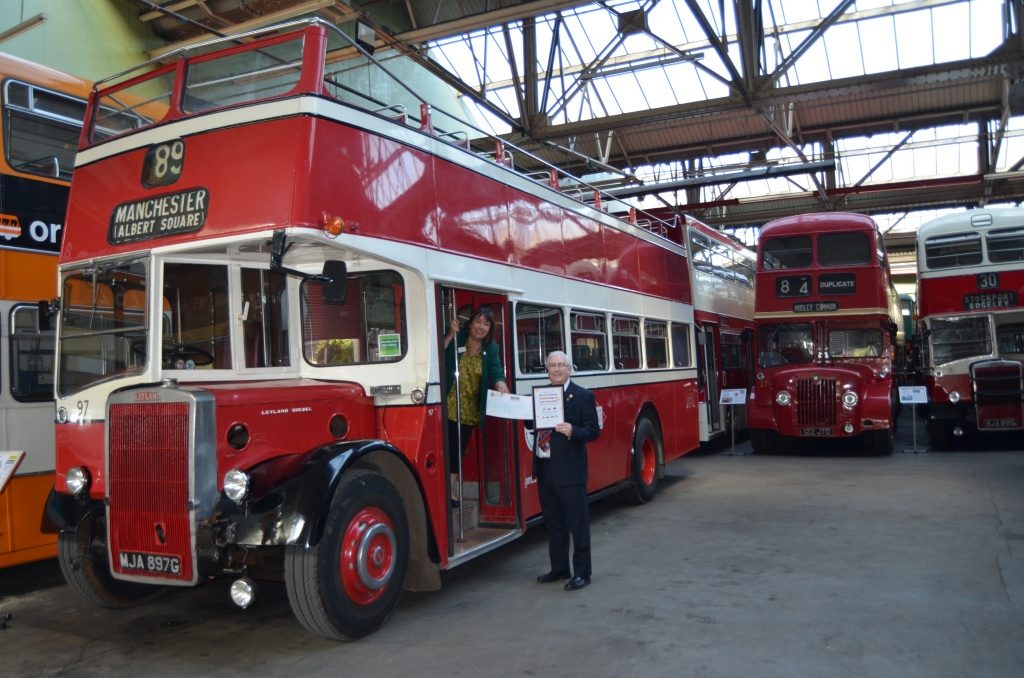 Steve Clark, Provincial Charity Steward, was delighted to welcome Simone and her relay team into East Lancashire on Wednesday 15 May, where, following the “different modes of transport” theme, they met at the Greater Manchester Transport Museum.  Simone was safely brought to the museum from our neighbours in West Lancashire in a gold Jaguar.

Steve presented a cheque for £2,000 on behalf of the East Lancashire Province in support of “Lift for Lifelites II” and wished them all well as they were transported to their overnight stop in a 6.8 litre 1980 Silver Spirit Rolls Royce, courtesy of WBro Nigel Johnson from Audenshaw. 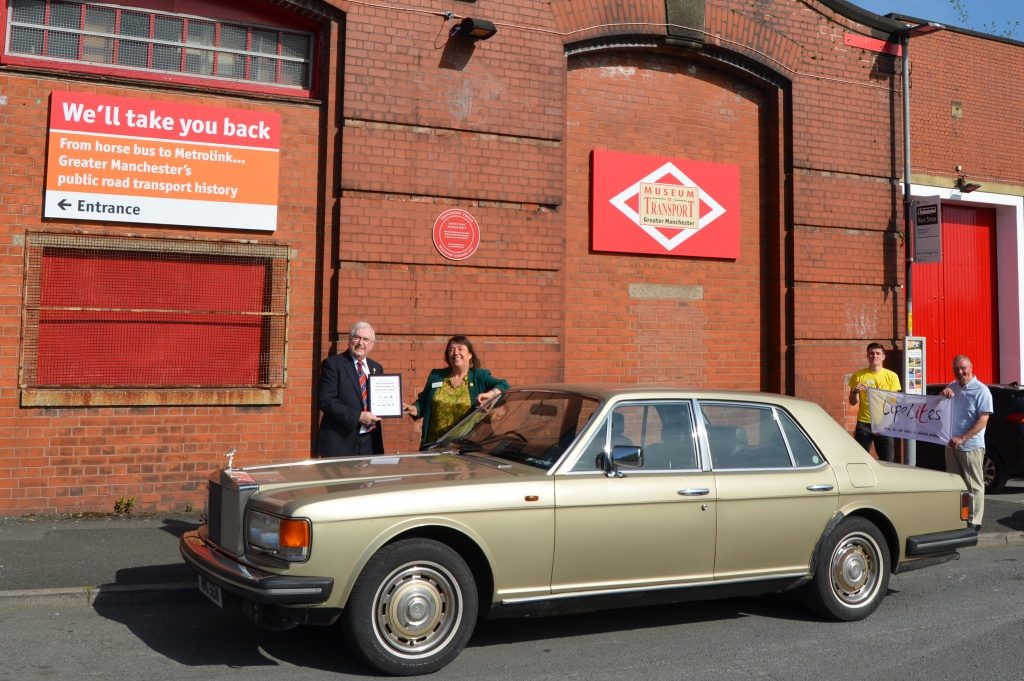 Lifelites began in 1999 as a Masonic millennium project, and although it is now an independently registered charity and well established in its own right, they still receive the support of Masonic Provinces across the British Isles.
Lifelites have been able to provide thousands of pounds of life-changing assistive technology to many projects to support life-limited and disabled children thanks to the generosity of the Freemasons.  Following the opening of Grace’s Place Chidren’s Hospice in Radcliffe, people from East Lancashire now benefit from the support provided by Lifelites