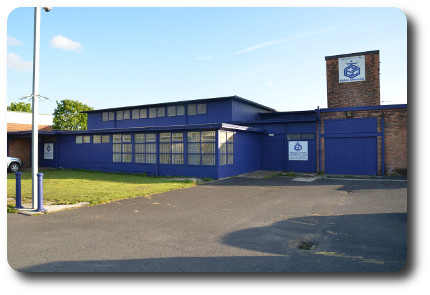 Middleton Gymnastic Club was formed in 1986 and is situated in the former Demesne School. It is managed by Head Coach, Glenn Prendergast and a very dedicated team of coaches who, together with parents and other supporters, keep the club running for some 200 young people from toddlers to teenagers. In 2012 there was major damage to the interior ceiling and walls of the main hall of the club caused by leaks in the roof of the building. The owners, Rochdale Council, repaired the roof but nothing was done about the internal damage. 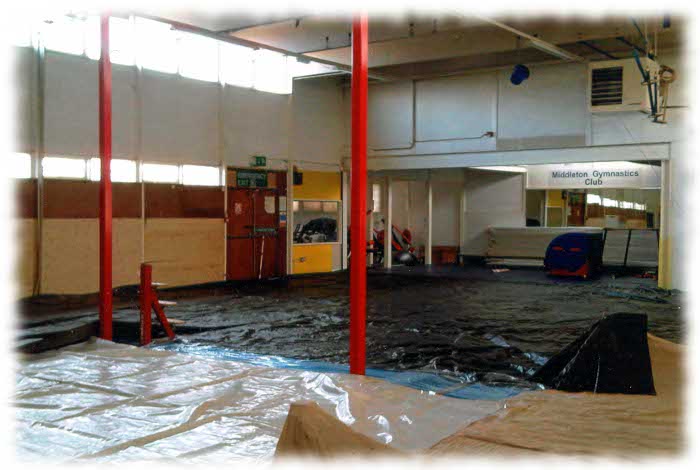 Equipment removed and ready for work to begin

The Oldham District Freemasons offered to support the club by providing the labour to install new ceiling panels and to paint the upper half of the walls. The parents and other supporters were to paint the lower half , all of which would save an estimated £5,000 in labour costs. An application was sucessfully made to the ELMC Community Fund for assistance with the purchase of ceiling materials and paint and the hire of scaffold totalling £3,250.

A recent visit proved what an excellent project this had been for the Community Fund to support. The club was buzzing with a wide age range of young people taking part in gymnastic training under the supervison of their experienced and dedicated trainers. The committment of the head coach, Glenn Prendergast, was almost beyond belief as he proudly talked about, and showed pictures of, the award winning achievements of his young gymnasts. 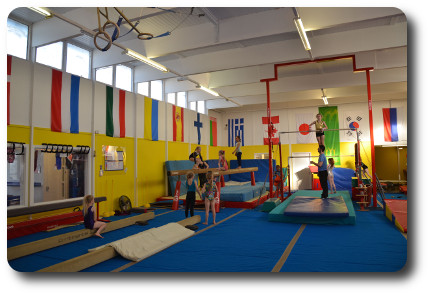 All of the water damaged ceiling has been replaced and the walls newly painted giving a bright and welcoming space for the young people to train and perform . Glass panels to the left of the hall allow parents to watch the training sessions and to keep abreast with their child’s progress. 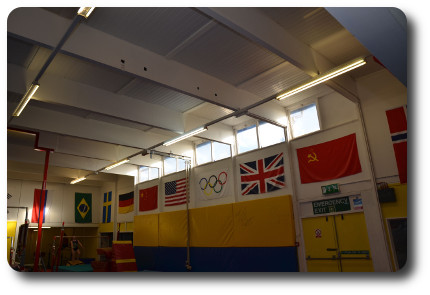 The walls are now decorated with flags representing countries involved in the Olympic Games which surely must set targets for these young people to work towards. During the visit there was the opportunity to witness the skills and abilities of the club’s members which furthered the belief that this was a very worthwhile project for the ELMC Community Fund to support.

Glenn Prendergast expressed the sincere gratitude of himself and his trainers on behalf of the club for both the grant and the work done by the Freemasons of Oldham District.

In pride of place on one of the newly painted walls is a commemorative plaque recognising the support that has been given to the club by Freemasons. 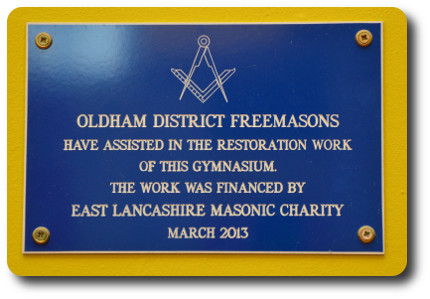