In December 2017 the Salford District applied to the ELMC Grants Committee for funding towards a new rowing boat for the Agecroft Ladies Rowing Club with the result that a grant of £2,500 was approved in January 2018. The club themselves had managed to raise £13,000 towards the £15,500 cost of the new boat.

Agecroft Rowing Club has existed in Salford since October 1861, which makes it one of the oldest open membership rowing clubs in the world. Their clubhouse is sited on Salford Quays where they offer high level coaching and equipment for those who wish to succeed and they also cater for recreational rowers and novices.

Catherine Pringle, who initially applied for the grant recently told us:

‘The boat that the Freemasons so kindly helped fund (coxless 4) has been an invaluable addition to our fleet, and we thank you wholeheartedly once again for your donation. The boat was named ‘Olivia Whitlam’ by our club president; Olivia is the most successful female rower to originate from Agecroft, winning international medals at GB U23 level.  We do currently have an unnamed boat in the women’s fleet, I will discuss with the women’s captain and club president to see if there is a possibility of the Freemason’s helping name this boat.’

‘We had a very successful summer season, culminating in a strong showing at Henley Women’s Regatta, the pinnacle event of women rowing in the UK. The event welcomes crews from all over the UK and overseas and is staged over 3 days, with races taking a side-by-side knock out format.
We entered 5 boats, comprising of 8+ (coxed), 4+ (coxed), 4- (coxless; the boat that your kind donation helped fund) and  three 1x (single skulls).
We were one of three clubs, and the only club outside of London that qualified 4 more boats for the semi finals on Sunday, which is a fantastic achievement. Sadly we weren’t able to advance beyond the semi-finals but were delighted with our progress over the regatta season and the strength in depth that we have shown as a small club from the North West.’ 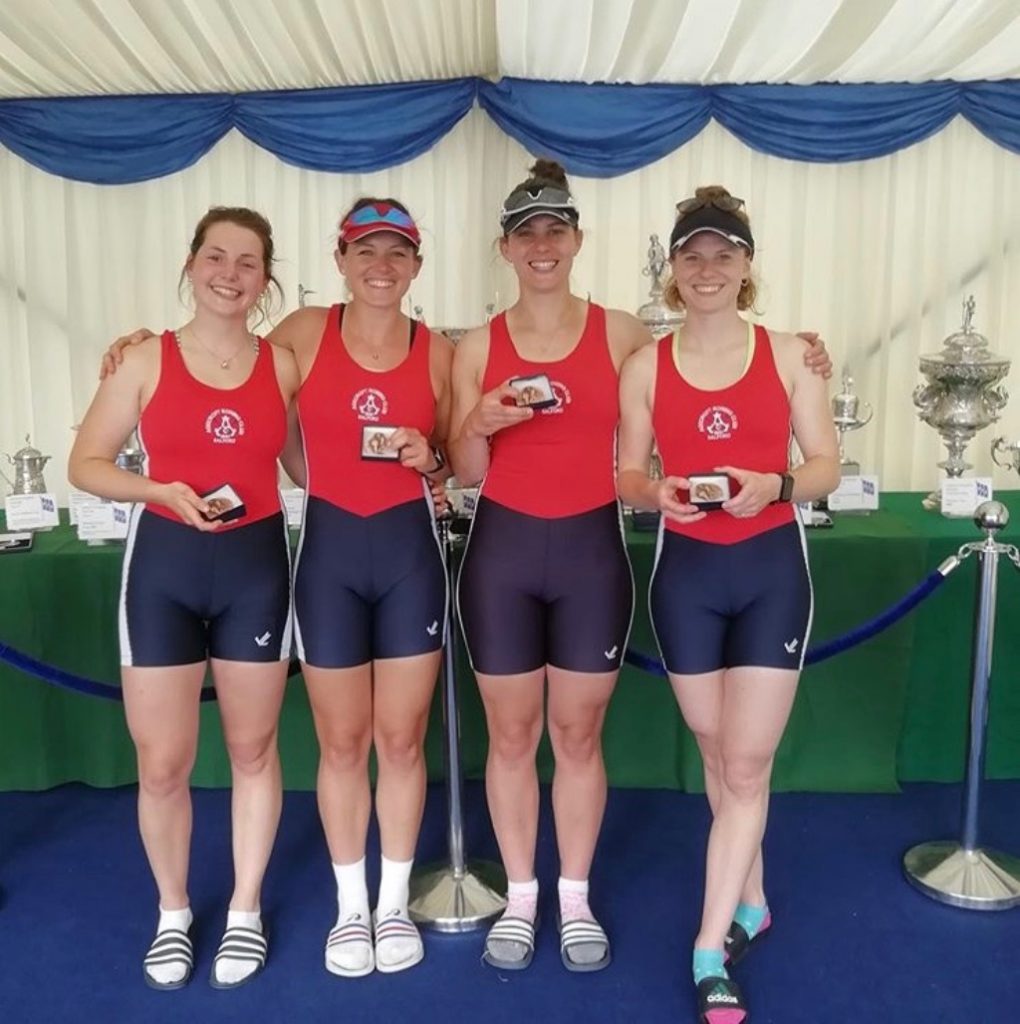 The benefits to the community are the encouragement of the local area to get involved in sport, especially a successful sport that is Team Based. A club that is based in a fantastic venue at Salford Quays and very welcoming and friendly.
Find out more about Agecroft Rowing Club at http://www.agecroftrc.org.uk