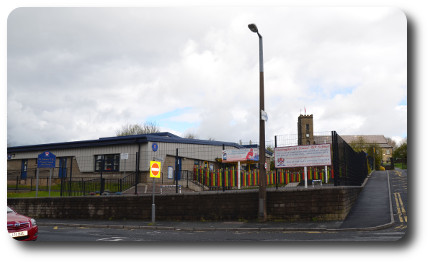 A modern Primary School situated near to the centre of Haslingden, in a largely Asian Community, containing a Nursery Stage, a Reception Stage, two infant Stages and Three Junior Stages

On October 30th 2012 the Community Fund Committee approved a grant of £1,260 for the purchase of three Apple I-Pads and software following on from an application made by WBro Malcolm Ashton, the Bury District Charity Steward.

I have visited the school and met with Mr Paul Holden, the Deputy Head Teacher, who was very happy to show me around the school and to see that the I-Pads were in good use.

Mr Holden explained that all three I-Pads had been in use virtually every day since the donation and were therefore very beneficial to the children. 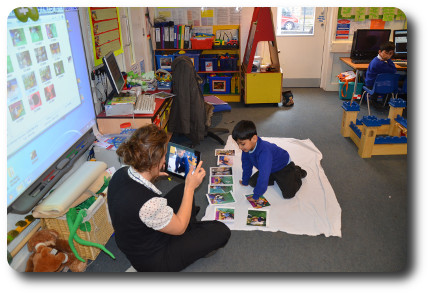 One of the I-Pads is used in the reception class where the children are given free access to whatever activity they wish to pursue. In the picture the teacher was recording on the I-Pad the little boy reciting a story based on the pictures in front of him. He will then be able to watch himself either on the I-Pad or on the interactive wall board. The belief is that watching himself reciting builds confidence and encourages advancement. 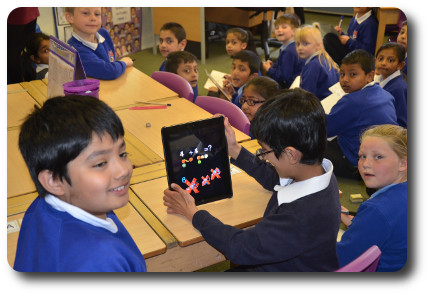 The other two I-Pads are continually in use in the Year 4 classroom. The boy holding the I-Pad has special need requirements and he is able to use the I-Pad to study at his own pace. However, lessons given on the interactive screen to the whole class can also be viewed close up on the I-Pad.

Mr Holden explained that these two I-Pads had made such an enormous difference to the children in this classroom that the school is to purchase further I-Pads.

When asked about any publicity gained after the award of the grant Mr Holden said that there had been a sizeable report with pictures in the Rossendale Free Press. He expressed his sincere thanks to the Fund on behalf of the staff and children.