Under the auspices of the former Rossendale District, WBro Dave Law, the then District Charity Steward, made applications for grant assistance from the Community Fund for the  work of the Maden Centre in Bacup. In 2007 and 2008 grants of £9000 were made with a further grant of £2,350 in April 2010.

I recently went along to the Maden Centre to meet with Dave Law and Susan  Hopkinson, Enhanced Services Manager of  the Maden Centre,  to have a look at how these grants had been spent. One rarely comes across anyone so totally committed and dedicated to their work as Susan, who so enthused about the way the funds had been appreciated and spent that there was hardly a chance to ask questions!

The Maden Centre, along with other centres across the Rossendale Valley, is open to all members of the community throughout the year. However, the main emphasis is on supporting the younger members, especially those under achieving or from a more deprived background.

The ELMC funding had been requested to support an annual Theatre Week  which is the culmination   of activities aimed at bringing members of families to work together. From toddlers to grand parents all generations of a family are encouraged to take part in building up to performances given in the Theatre Week. This obviously helps to build bonds in families and to breakdown barriers between generations.

There are many documented accounts in Susan’s files of praise and thanks from those who have taken part in these Theatre Weeks and the activities leading up to them. Those who would never have seen themselves acting or dancing have lost their inhibitions and joined in what the title says, ‘Fun for Families’. Naturally there are those who prefer to work backstage, or build sets, or make props but they are all involved to the same rewarding extent.

The influence of this centre spreads right across the Rossendale Area from Todmorden in the East to Whalley in the West, with hundreds of members of the local communities benefitting from their involvement.

I was also shown reports showing many of the perhaps unseen outcomes of this Theatre Week including Social Services witnessing a 60% drop in referrals of cases of poor behaviour as a result of the activities.

The Freemasons of Rossendale had been very much involved in support of the Maden Centre, both for this annual event and throughout the year. In fact Susan’s father is a Mason at a Lodge meeting at Ashday Lea

‘What a wonderful achievement to have run a week long event with such success, to hold all the childrens interest, to have such diverse and interesting fun choices for the family to enjoy’  – Parents 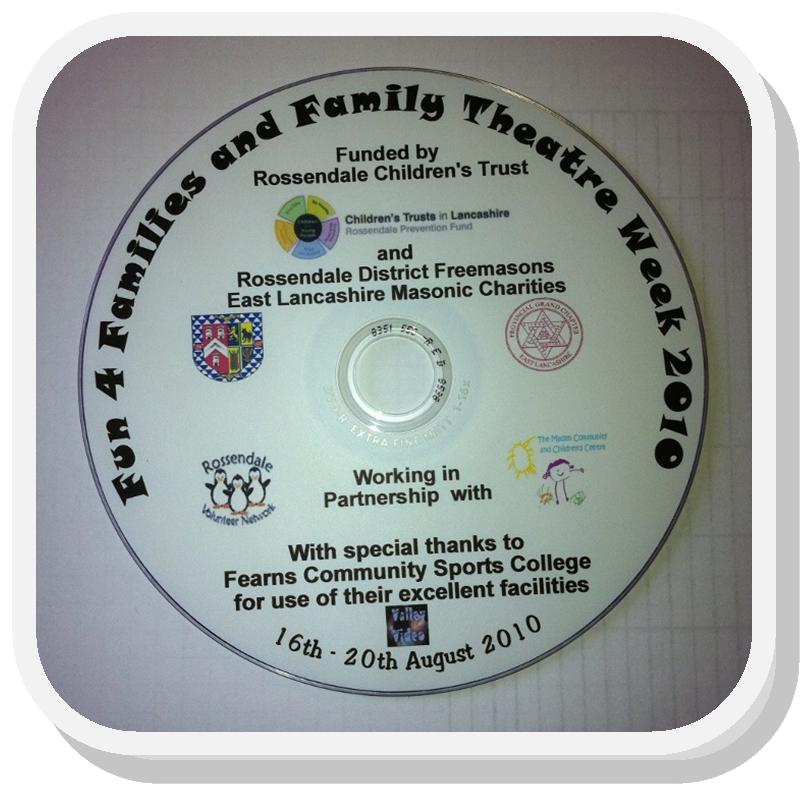 Quotations from Parents and Grandparents

I had not expected to learn cheerleading at the age of 63, what fun to dance and enjoy it all with our little granddaughter, similarly my husband enjoyed making models with our grandson and learning how to animate them’ – Grandparent

‘S_____n also benefitted greatly from accessing the summer activities. A____e reported that S_____n is currently accessing some counselling to address low confidence and self esteem issues. A____e said that S_____n often finds it difficult to engage with other children and adults and clings to her mum. Accessing the activities has enabled S_____n to make new friends and be able to mix with people both child and adult therefore allowing A____e time to develop herself’ – Counsellor

‘Huge thanks must go to all who sponsored this project, let us assure them that the money was well spent, the most important thing being that family members all came together to have fun, bond and have a fabulous time, even two senior citizens like ourselves had the most fabulous week, one we will always remember and treasure’ – Grandparent