“During the summer I had been offered the opportunity to chair the Fundraising Committee by ELMC’s Chairman, Chad Northcott”, said Steve, “It came as a complete surprise, but I just had to accept. Through my role as District Charity Steward, I had developed a great admiration for the work of ELMC and I was honoured to take on the responsibility of Chairing this Committee for such a great charity”.

But that wasn’t the only surprise Steve was in for. His colleagues at Manchester Masons gave his appointment a flying start with two donations: £3000 to the ELMC and a further £2000 specifically to Hewlett Court with a view to purchasing new garden furniture.

Chris Wildman said “It was a great pleasure to be present when these donations were made to ELMC and Hewlett Court. Not only were they a fitting end to Chris Prax’s time as City Sykes District Chairman, but they also gave Steve Thomson a great start in his new role as Chairman of the Fundraising Committee.

The cheques were gratefully received by Julie Ward and Karen Hall of the ELMC staff.

Steve was delighted with the support that Manchester Masons had given him, adding that he “looked forward to continuing his role in Manchester with his new District Chairman, whilst expanding the scope of his Masonic charity work, working with the members of the Fund Raising Committee, The Provincial Charity Steward and the Board of Directors”. 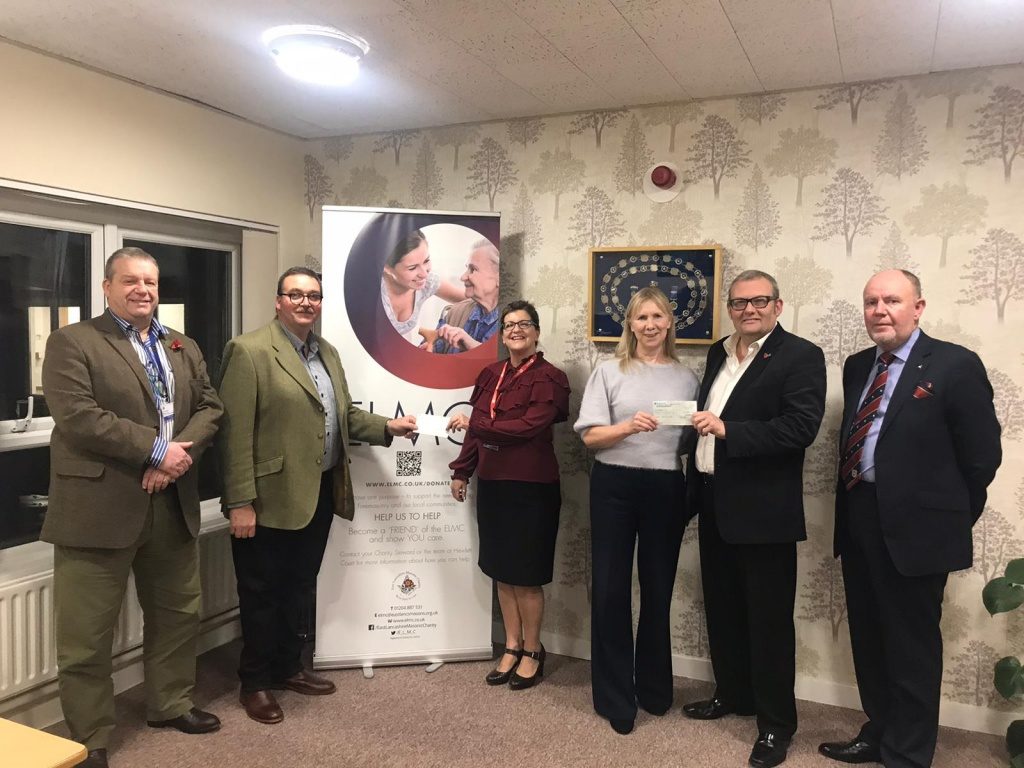