When we heard that a curling centre was to be included in the development of the new Barton Grange Garden Centre entertainment complex – The Flower Bowl it was an opportunity too good to miss.  Prior to its opening there was only one other Ice Curling Rink in England, Fenton’s in Tonbridge Wells.

Everybody who has seen the sport on television must have fancied trying it out.

The YPC booked two sheets at the new facility and invited the Young People and their parents / guardians to join us in having a go to find the next Eve Muirhead, Rhona Martin or David Murdoch. 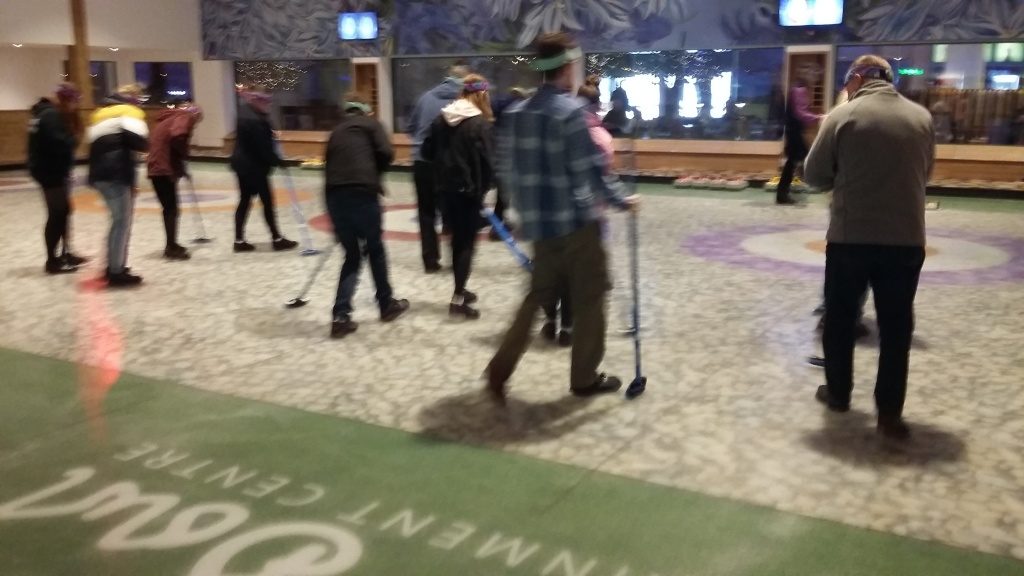 The two hour session on the sheet started with a short presentation on the game and safety aspects. After donning our footwear, headbands and selecting our brushes we headed out into the rink. The temperature in rink is around 8 / 10 C, not as cold as we thought it would be. TLC felt comfortable on the ice, having all that fur helps. The first practical lesson was on sweeping. When to, how to who can sweep and where not as simple as it appears on the telly. After sweeping it was the stones. First lesson, always move the stone on the ice, don’t lift it. They weigh in at around 20 kg / 44 lbs. When our instructor thought that we had all got sufficient skill to send the stones down the ice safely we divided into two teams on each sheet and the competitive part of the day began.

No favours were shown, this is competitive. It’s a game of highs and lows. The joy of seeing an opponent’s stone dislodged from a scoring position is very satisfying and celebrated by all of the team. Equally the disappointment of having your stone relegated to a non scorer by an opponent is devastating.

At the end of the game the victors were congratulated and losers commiserated. The two hour session had flown by.

It is a short walk from the Curling Rink to the Oceans Fish and Chip restaurant for a well earned meal. There was lots of discussion over the meal of how lucky that scoring shot was or the skill the individual had used to achieve the shot of the end. 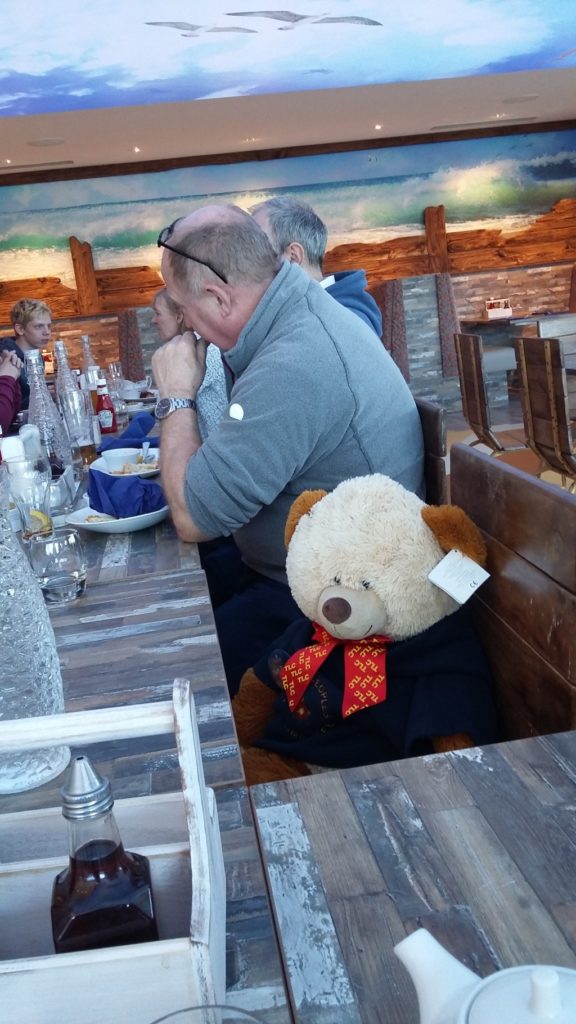 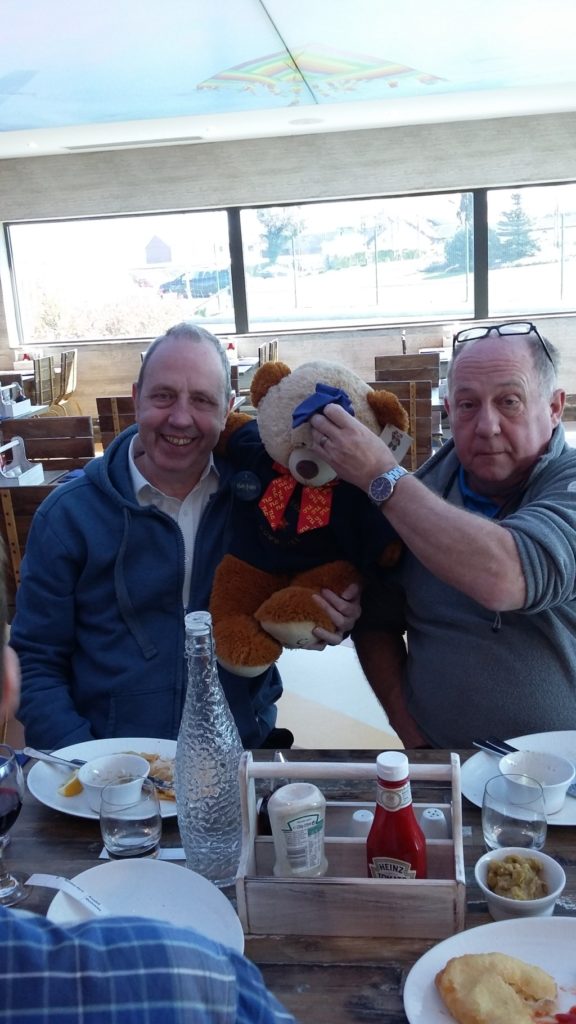 It was warm in Oceans Fish and Chips and TLC was feeling extremely hot, however Howard was there to wipe his brow.

After the meal it was goodbye and looking forward to our next meeting.