YPC Visit to UGLE and the MCF

Our big outing started of with all the participants assembling at Piccadilly Station at 7:30 on a bright(ish) Wednesday morning, everyone looking bright eyed and bushy tailed (the exception being me!) We all boarded the train in an orderly manner and took our seats for the long journey. We enjoyed a light breakfast of fruit and biscuits and watched the countryside go by. Arriving at Euston Station just after eleven o’clock we assembled for the walk to Great Queen St. Our route took in as many of the green spaces in the area that we could fit in. This meant passing through Tavistock Square, Russell Square and Bloomsbury Square Garden and armed with our route booklet we were able to identify some of the historic landmarks. 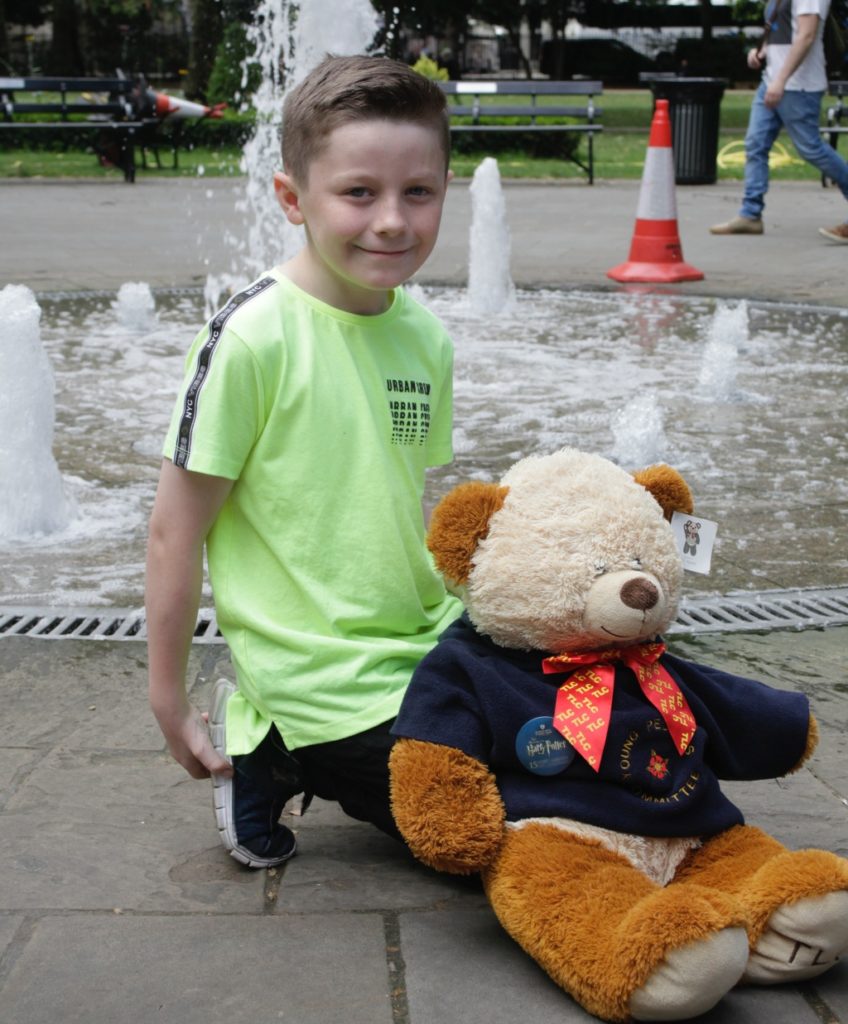 We then split into two groups with some heading straight to the Grand Lodge and other intrepid souls taking a longer route through Lincolns Inn Fields to Temple Church due to pressing time only a couple of our party decided to pay the entrance fee and took a flying visit inside. Then via the Strand and Drury Lane we all met up at the MCF offices in Great Queen St.

We first met some of the staff of the MCF and it was apparent that they enjoyed meeting some of the beneficiaries they care for as it was for us to see the workings of our magnificent charitable organisation. We were then given a short presentation on the TLC teddy bears, as regular followers of our activities will know a distinguished member of that fraternity accompanies us on all our trips, which we were informed has given over 2.5 million bears to children forced to attend A&E. and one email, that had been received in the office that morning, from the mother thanking the Masons for the TLC teddy her daughter had received gave some idea of how much comfort that must represent. 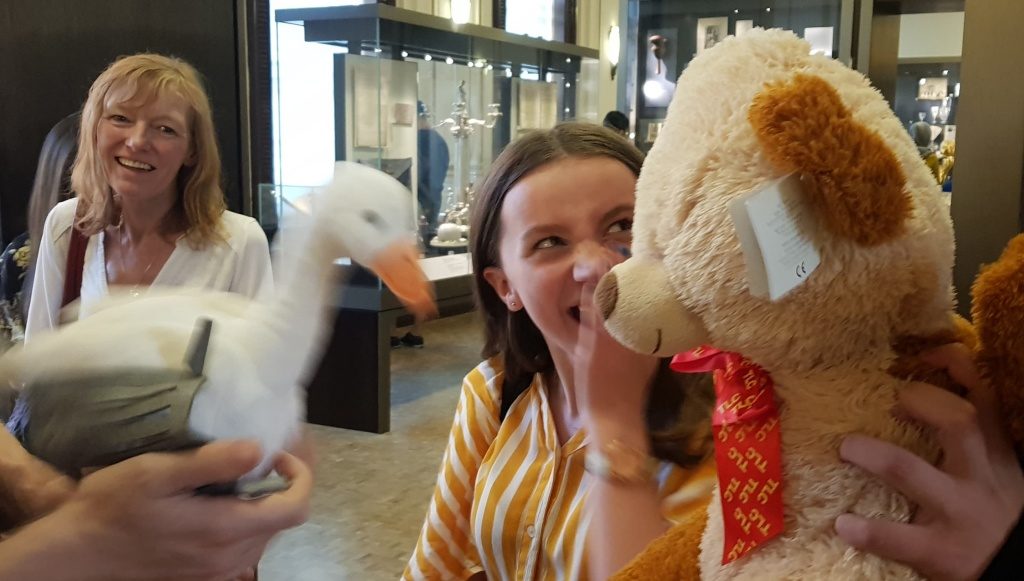 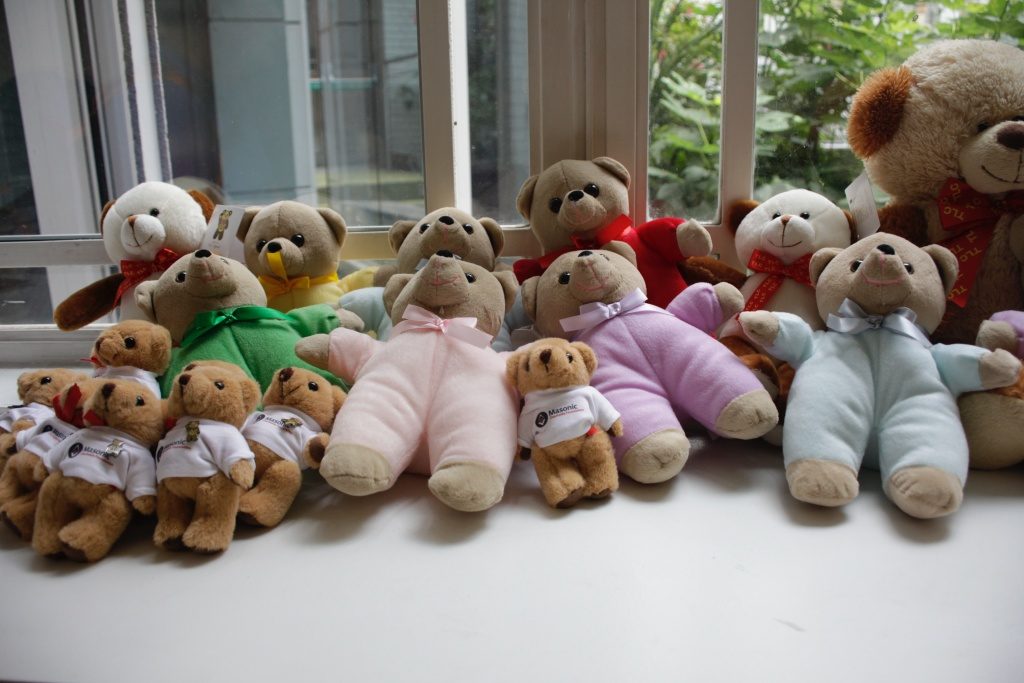 We then retired to the courtyard, which I’m sure most of us didn’t know existed, where the young people took part in a “Mr & Mrs” type quiz filmed by part of the MCF communications team that is intended to show case some of their work. At this point rain made its first appearance of the day and we were forced to beat a hasty retreat indoors for lunch. 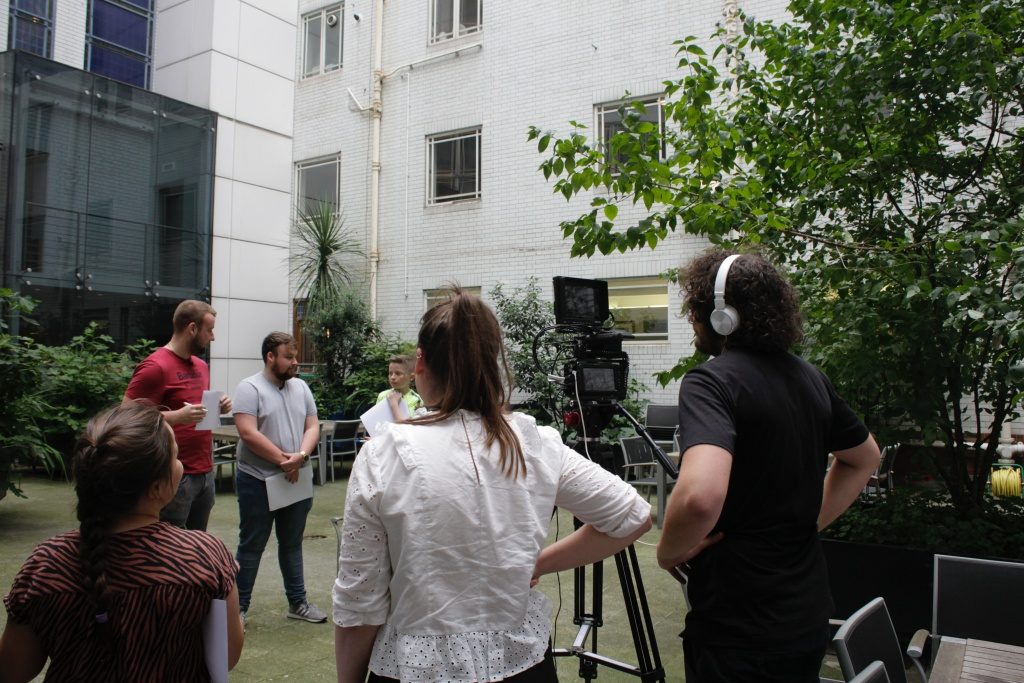 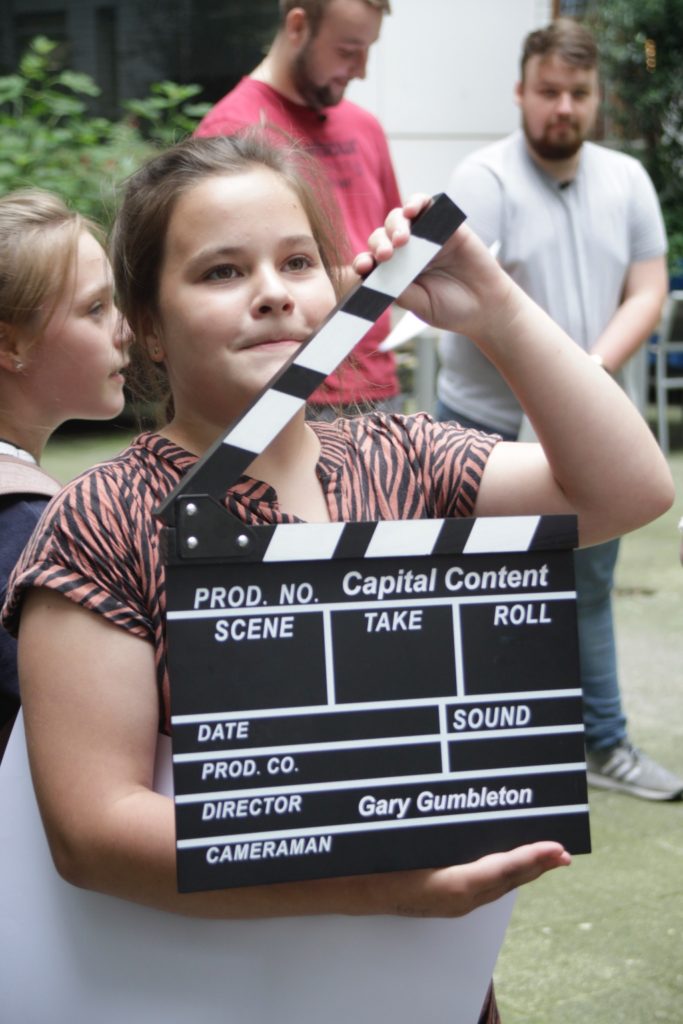 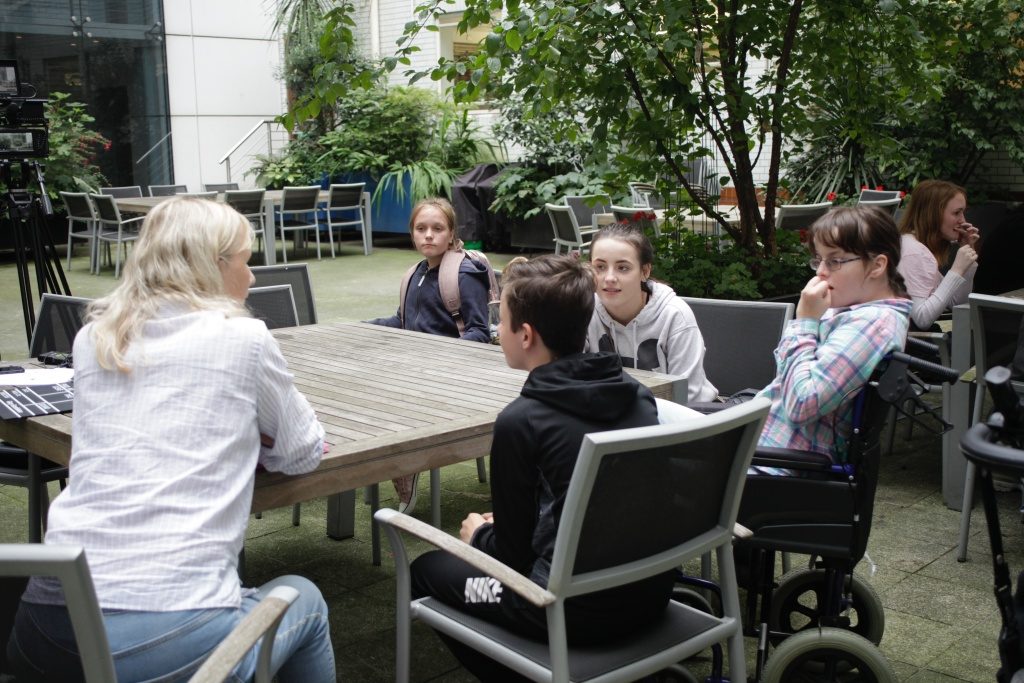 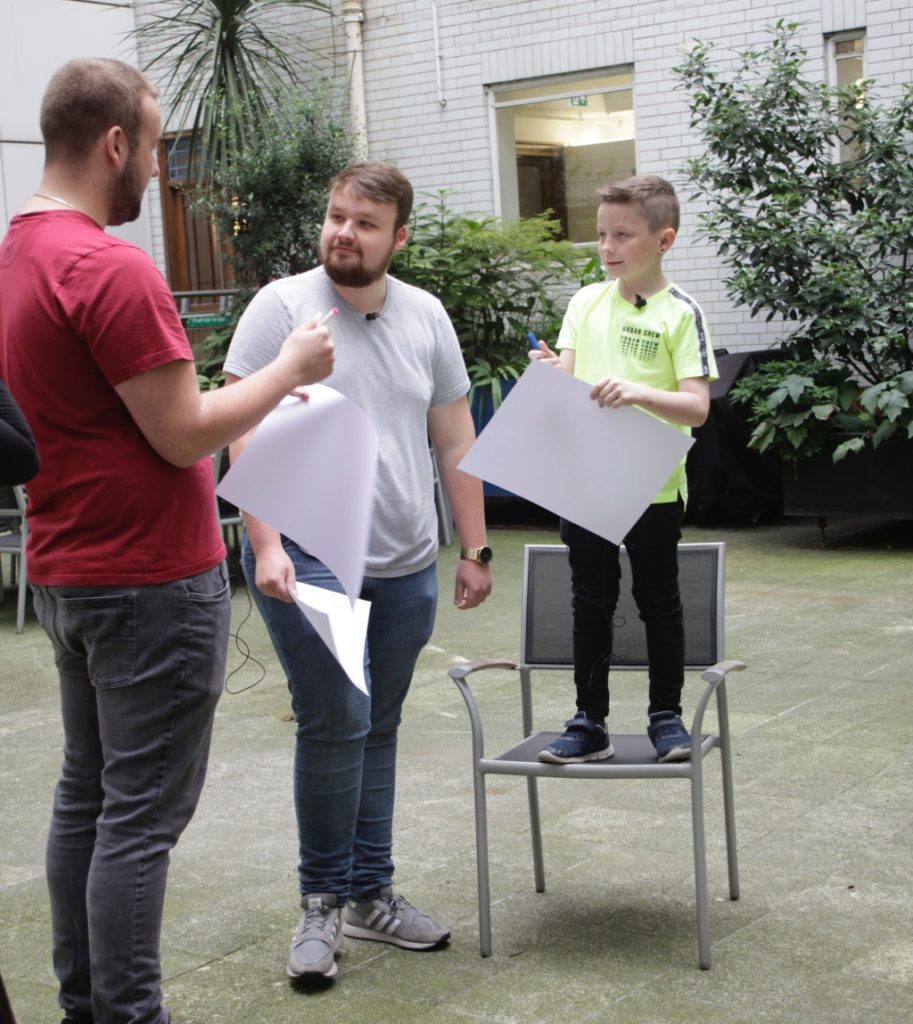 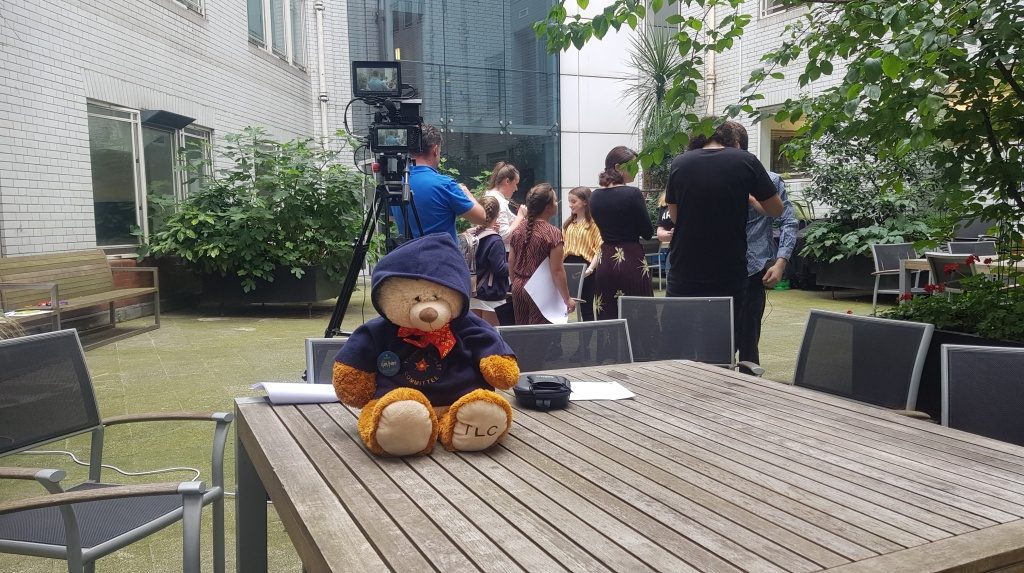 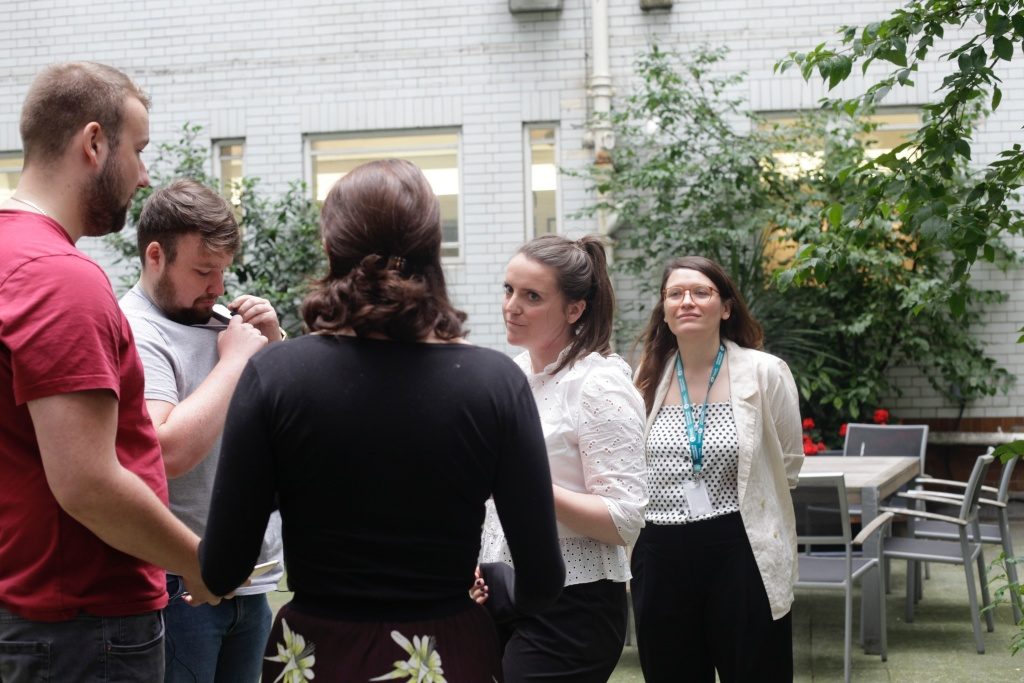 After lunch was the highlight of the day a tour of the Masonic Peace Memorial which we were informed is the proper title of the building. We met our guide, Enys Coggles, in the museum where he explained a bit of where Freemasonry came from and how the United Grand Lodge of England was formed. 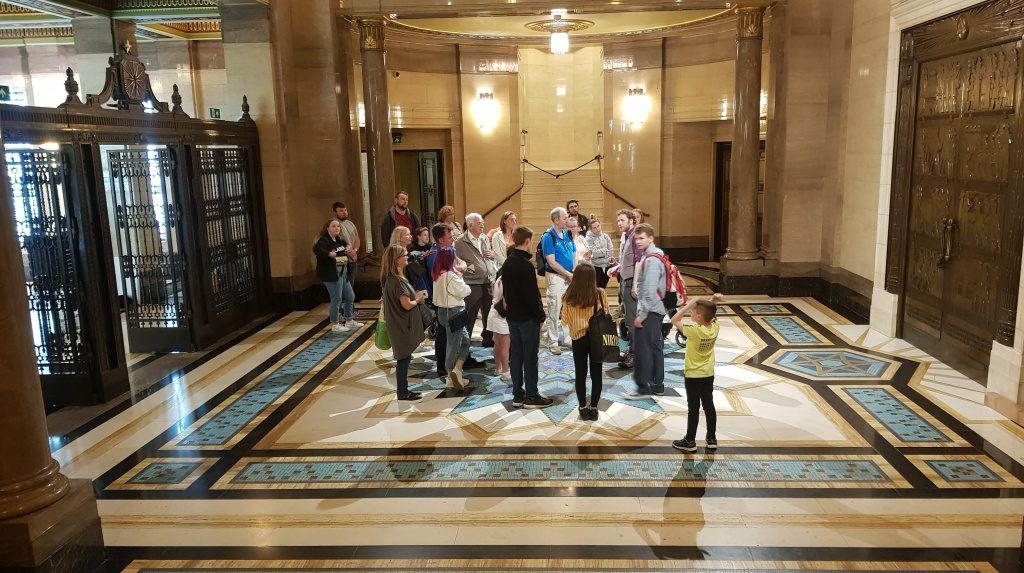 Then to the Lodge room where Enys explained the history of the bronze doors leading to Grand Lodge. We, of course, already knew they were donated by East Lancashire and after pointing out that they weigh 1.25 tons invited Jack our smallest member to push them open with one finger which, to his delight, he duly did. 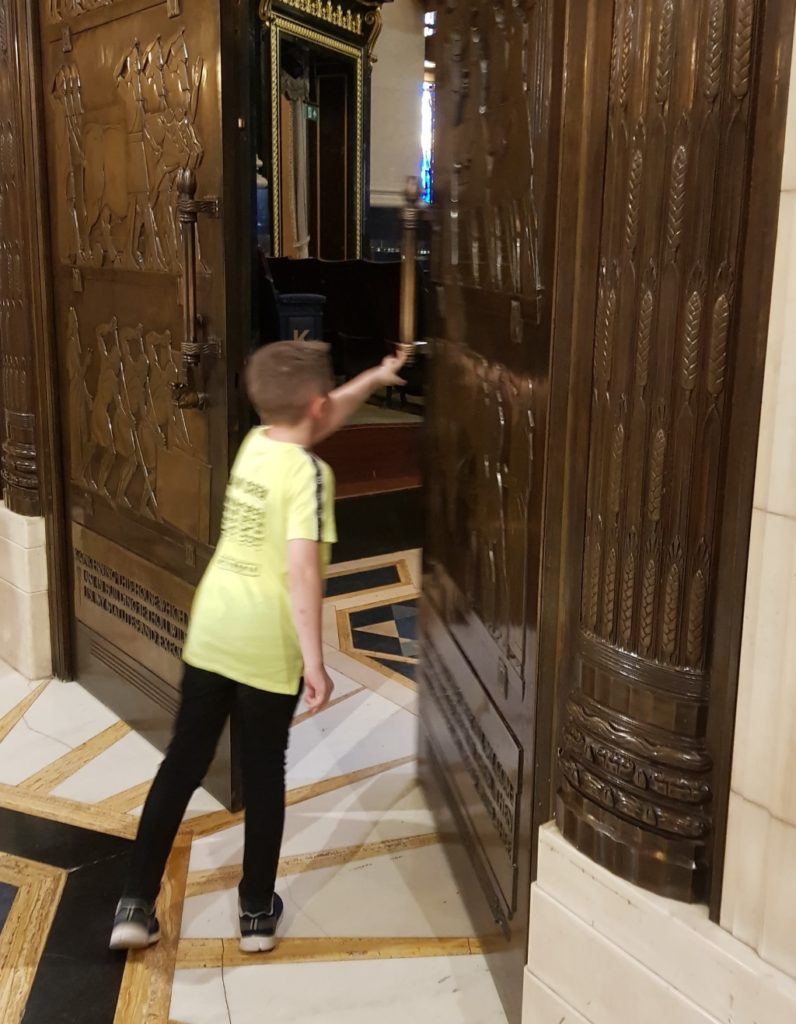 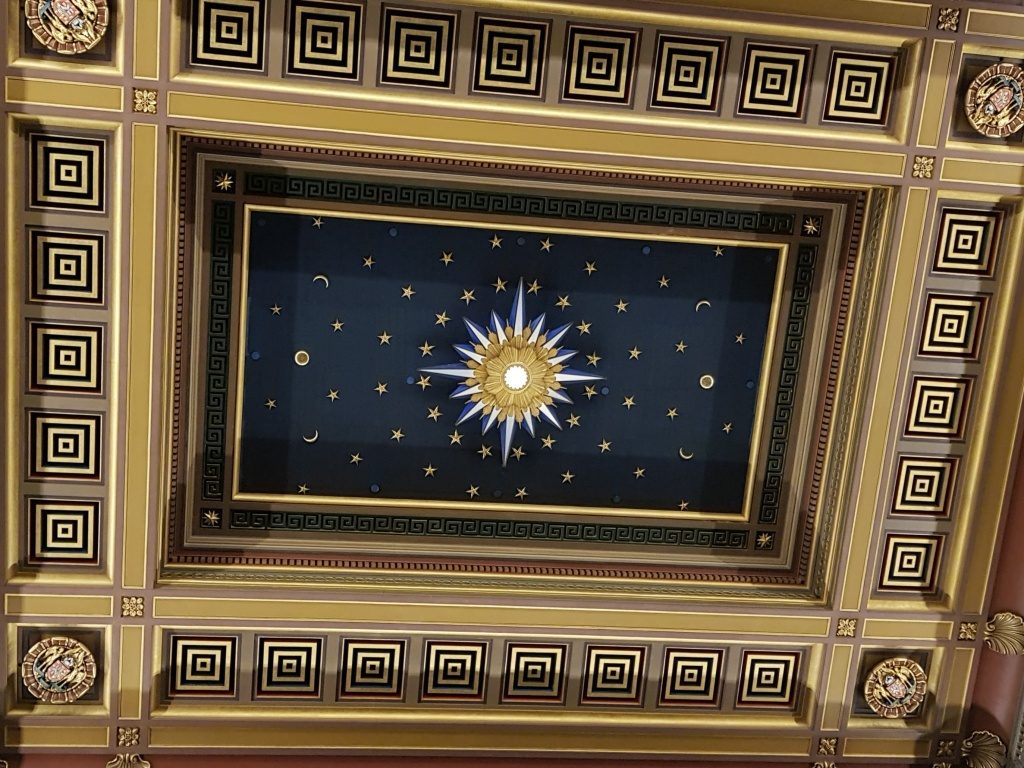 Enys then held his audience rapt as he pointed out some of the features of the room finishing off with a rendition of “Bohemian Rhapsody” on the Grand Organ. Then back to the museum for a longer look around, one of the highlights of this was when one of our number was allowed to sit on the huge chair used by the Prince Regent (later King George IV) when he was Grand master. This was a unique privilege which I’m sure TLC appreciated. 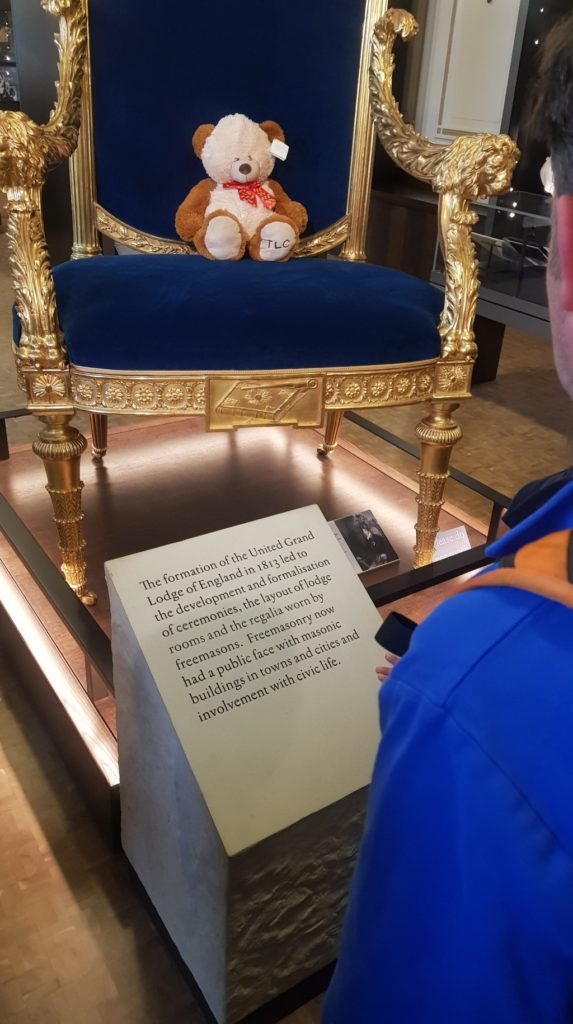 After much generous applause for the great job that Eyns had done we had time for once last group photo on the sunny steps of the building before setting off for the restraint and dinner. 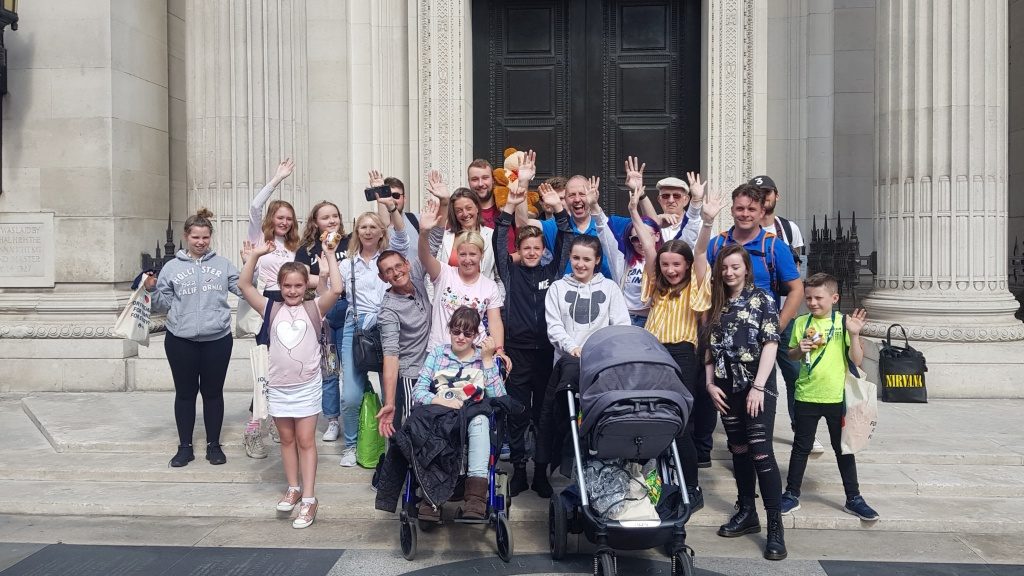 It was during this walk that the rain made its second appearance and it was quite an encore, umbrellas and rain coats were quickly removed from their cases but we still ended up sheltering under the trees in Bloomsbury Square Gardens until the deluge passed. So we arrived at Prezzos slightly moist but without our spirits dampened in least. 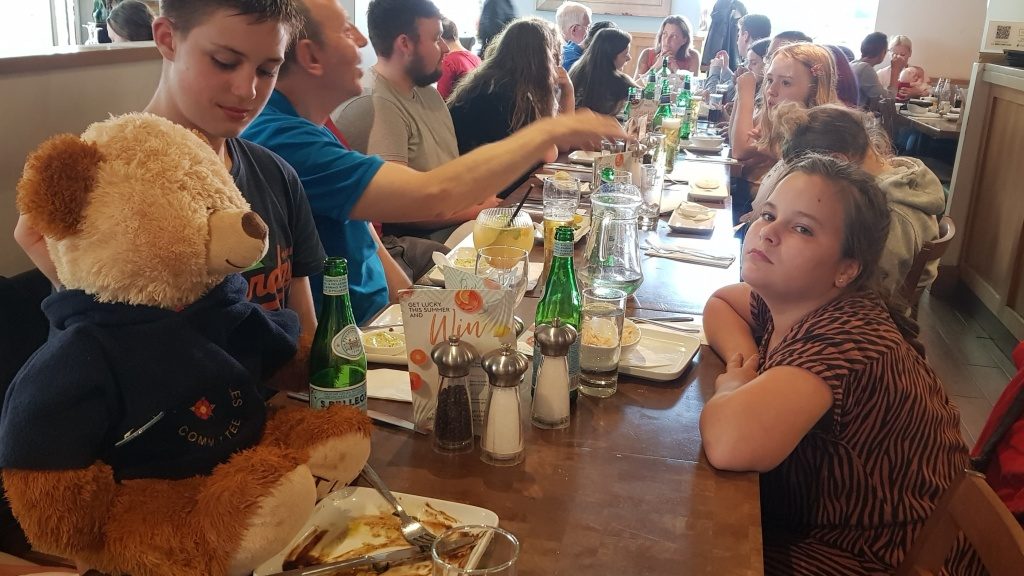 After a very pleasant meal it was back to the station and although the train was delayed the fact that we were escorted on to it before everybody else made up for that. We arrived safely back in Manchester tired but having had a most enjoyable day. 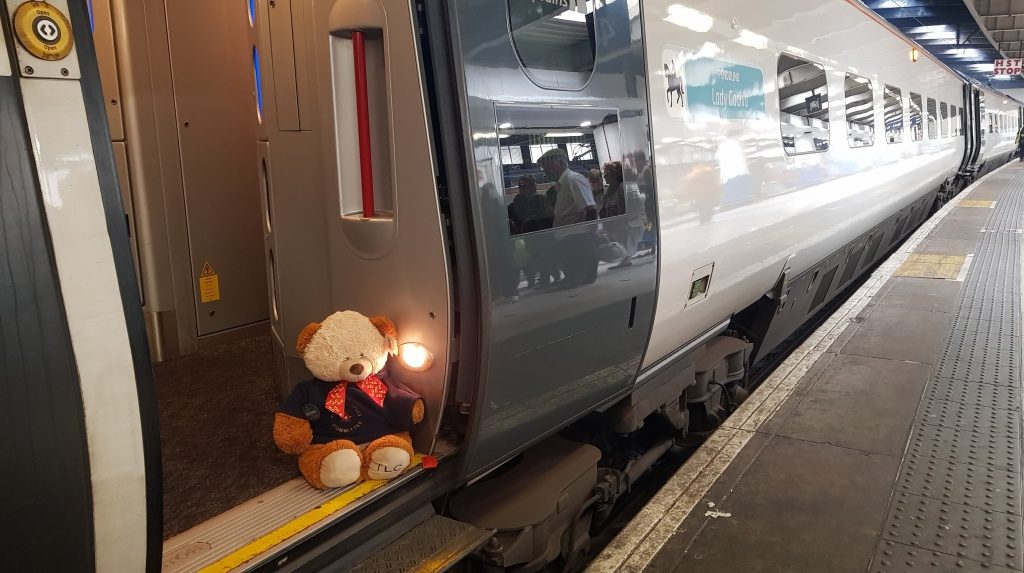 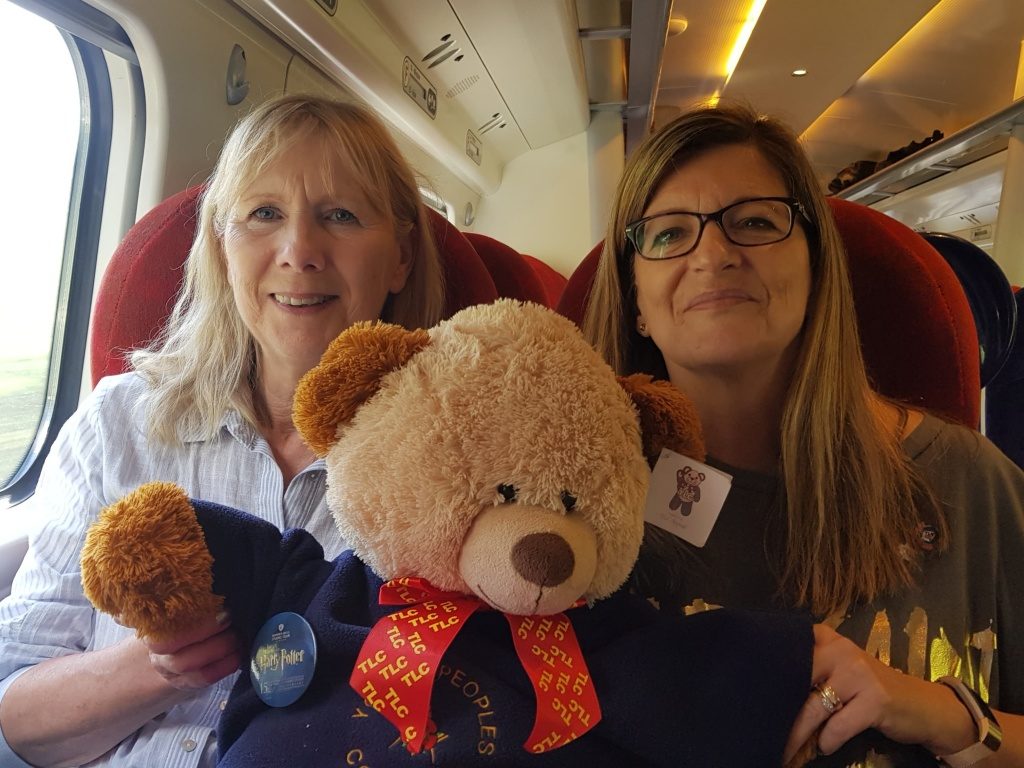 Special thanks go to Karen and Roger for their work in organising the trip, Enys for his interesting and accomplished tour of the building and Gill Bennett and the staff of the MCF for their warm welcome.

Click HERE to view a Gallery of all the Photos taken.