To celebrate Ernest’s special occasion, he was greeted by The Irish Guards Regimental Quartermaster Sergeant, Guardsman and Singers of the Irish Guards. Sir David Trippier and the Mayor and Mayoress of Bury along with family and friends were also in attendance.

In the Second World War, Ernest fought with the 1st and 3rd Battalions all through Europe where he was wounded twice.

Ernest then became a Carpenter but his love of pipes led the family to Lismore in Queensland, Australia having being appointed Pipe Major to Lismore Band for 3 years. This band is still in existence and are still in contact with Ernest.

Ernest still says ‘despite the war, my days in the Irish Guards were the best days of my life’.

From all of the Residents and staff at Hewlett Court we wish him a very Happy 100th Birthday and hope he has had a lovely day! 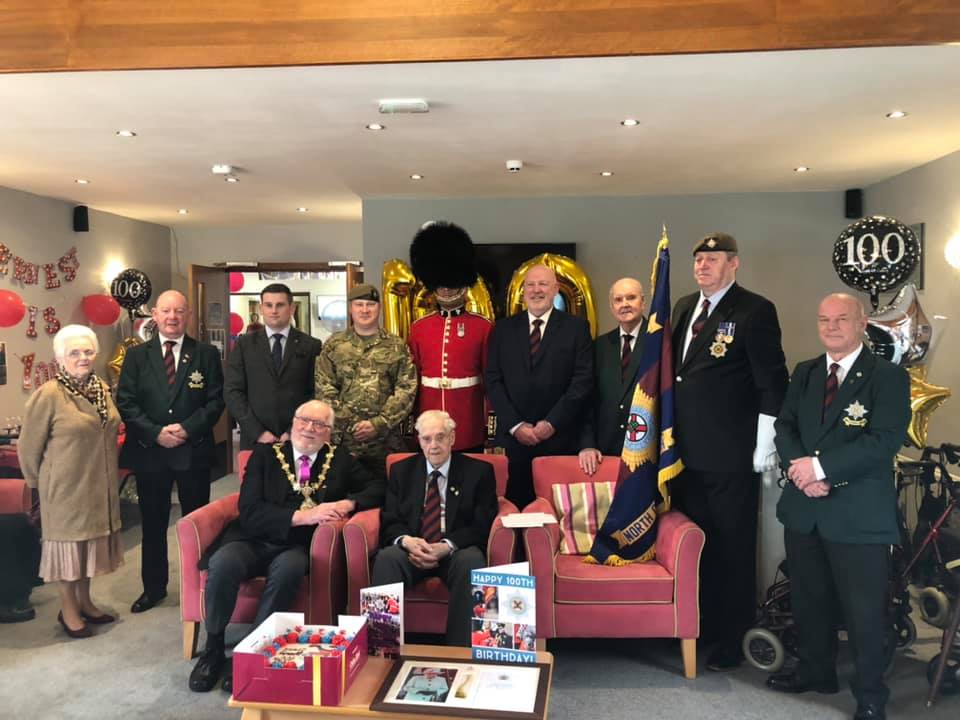 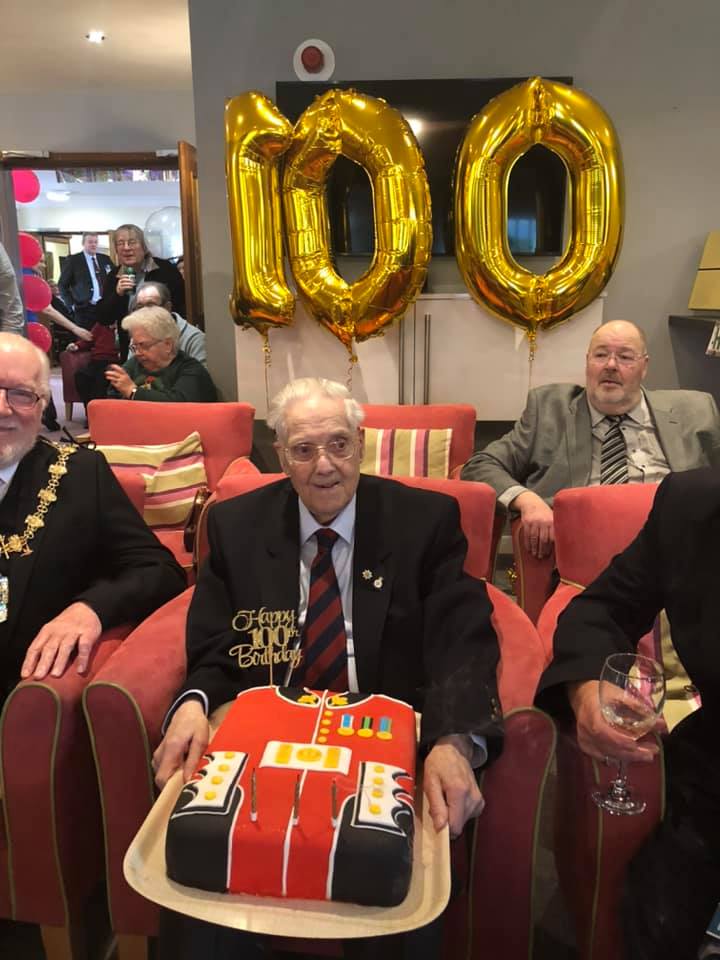 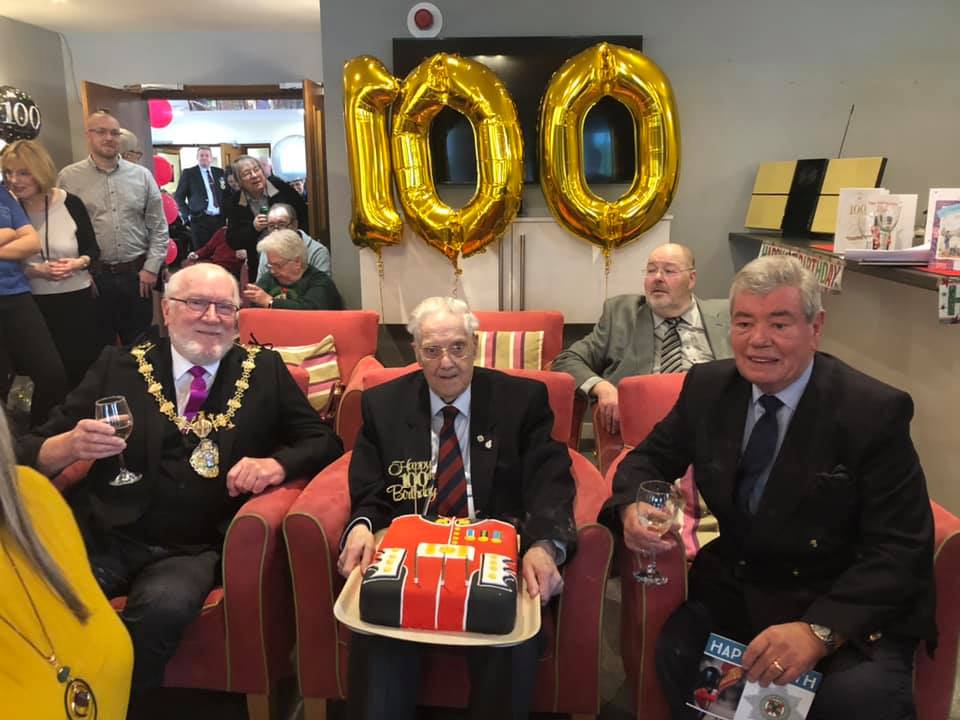 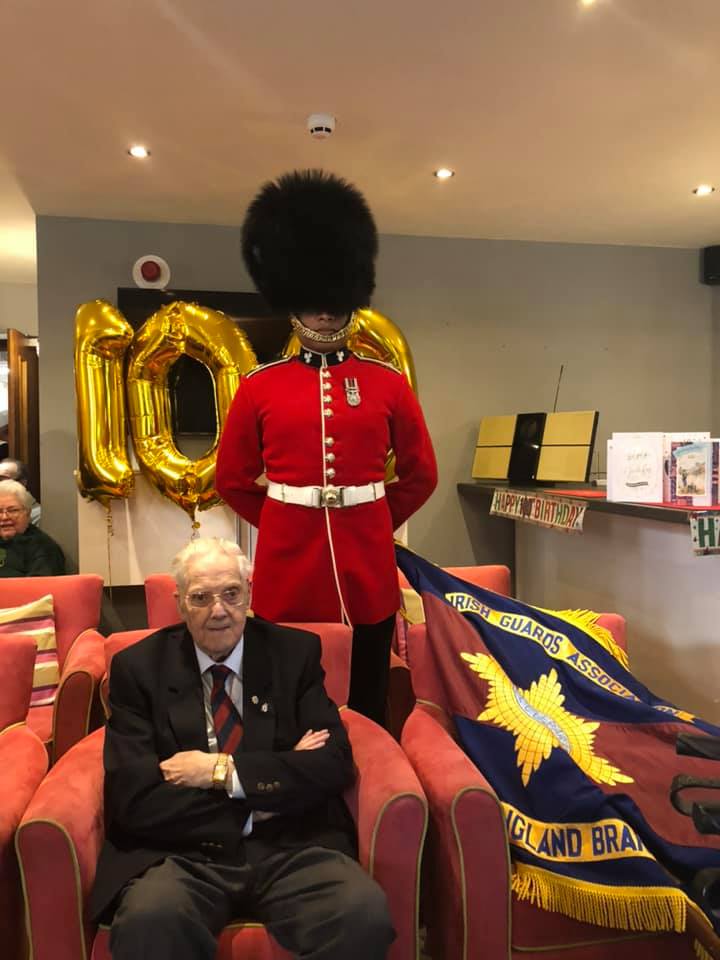 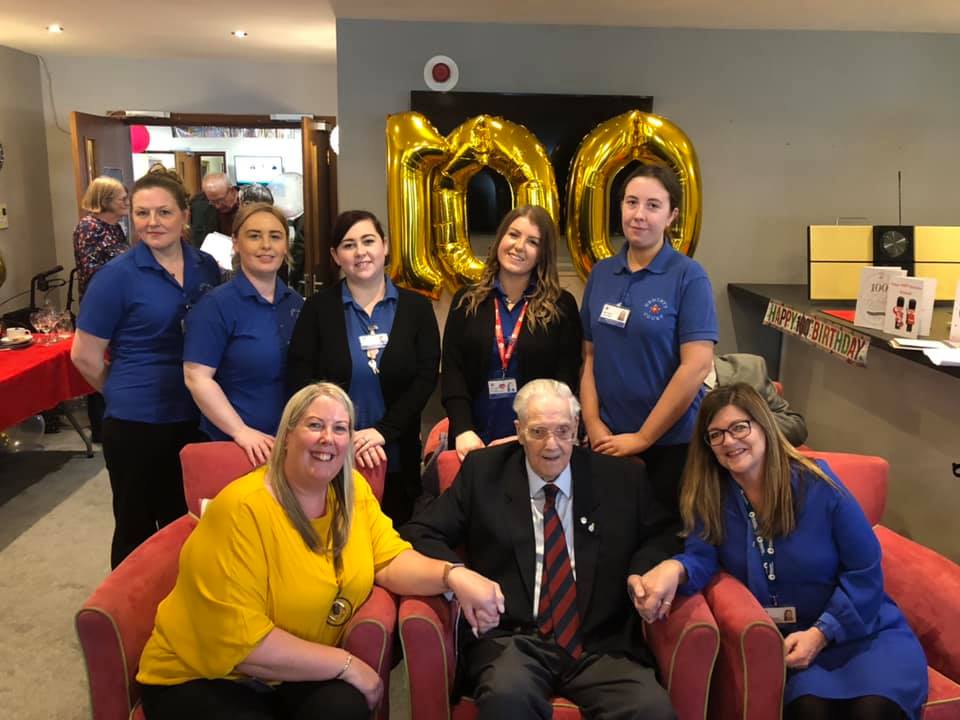 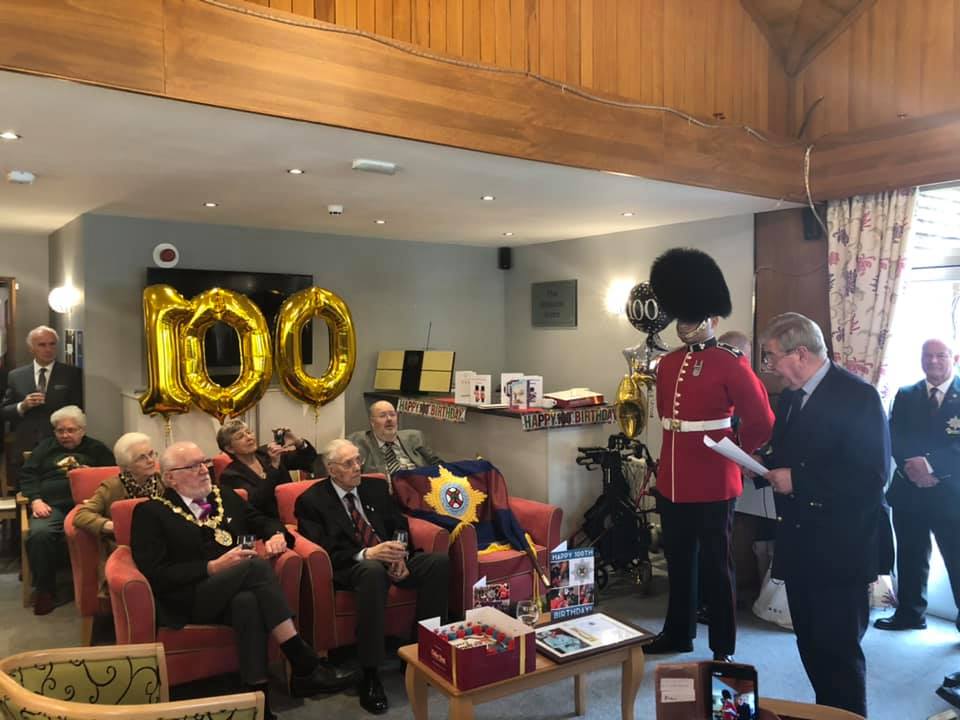 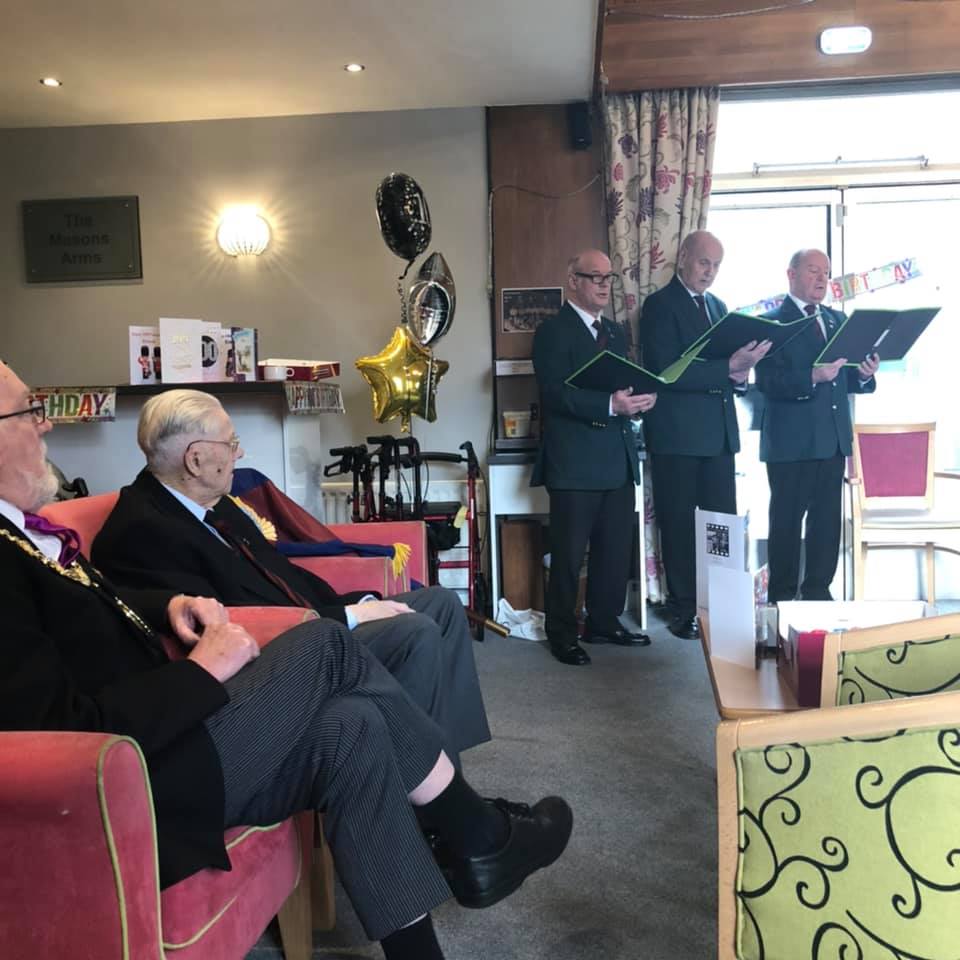 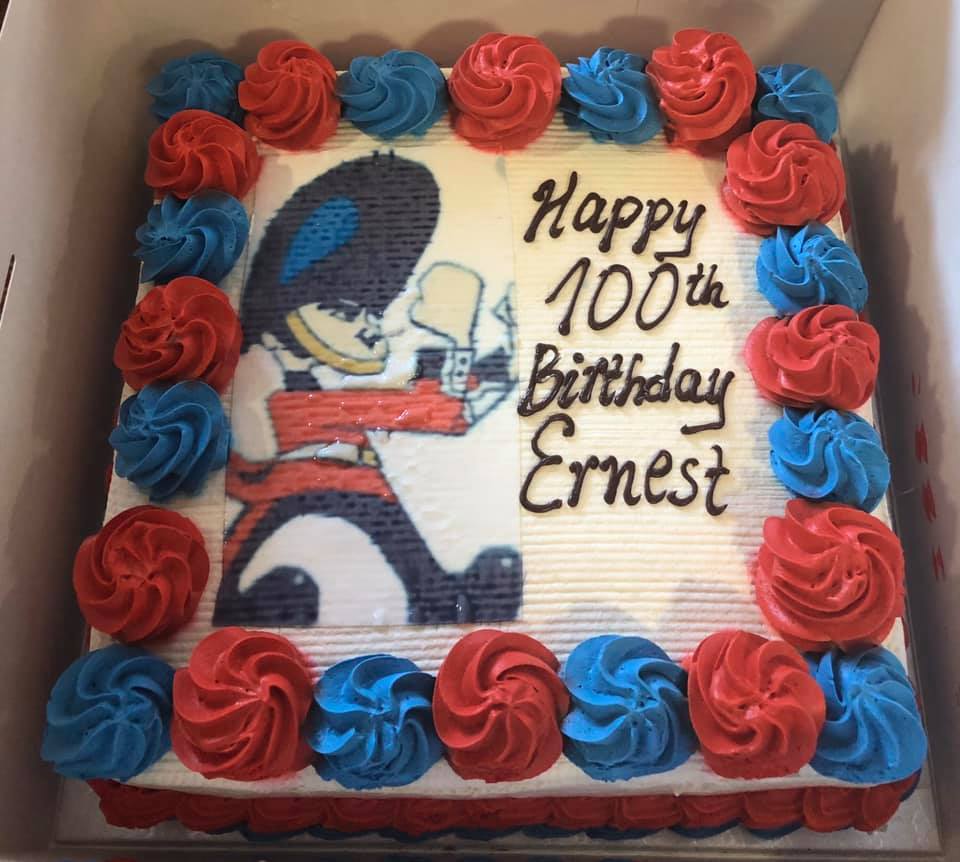 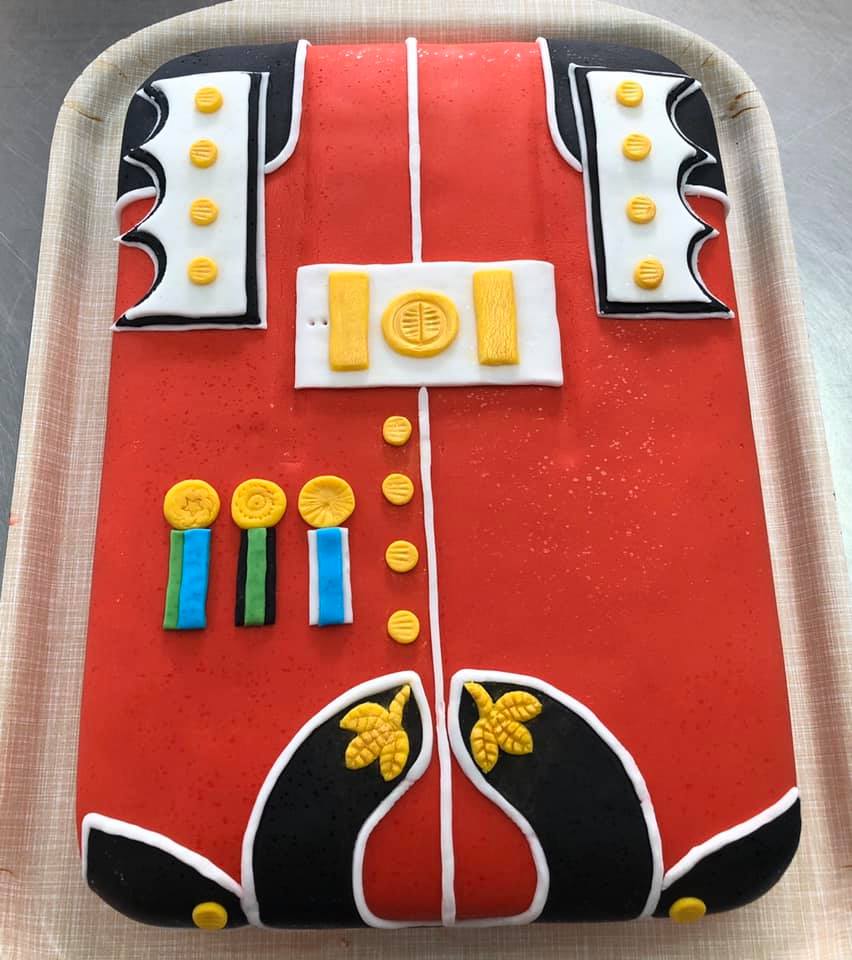 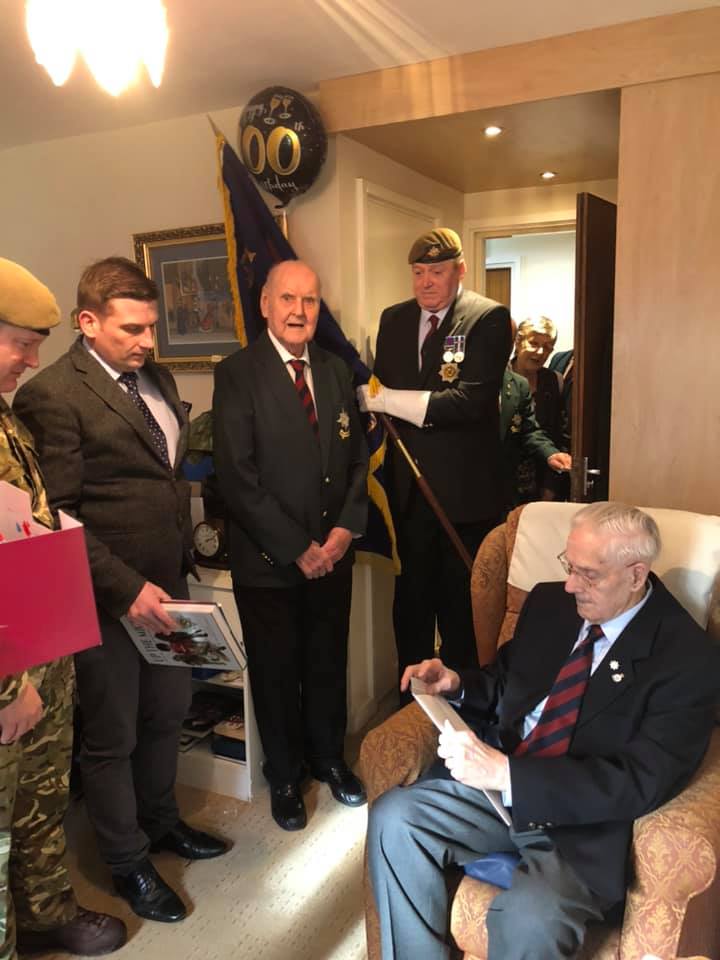 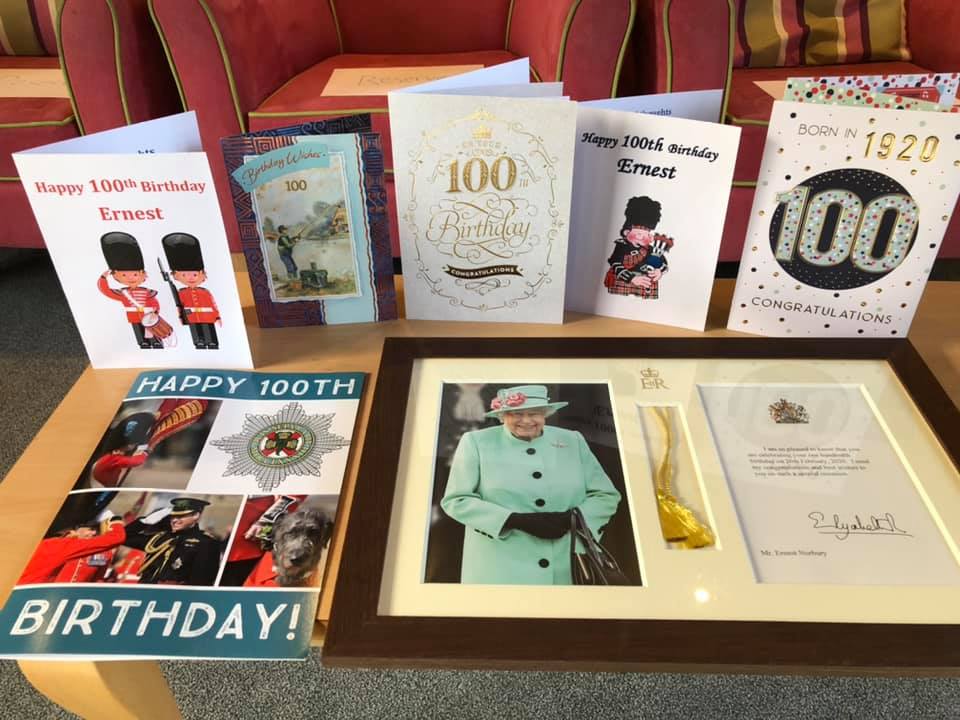 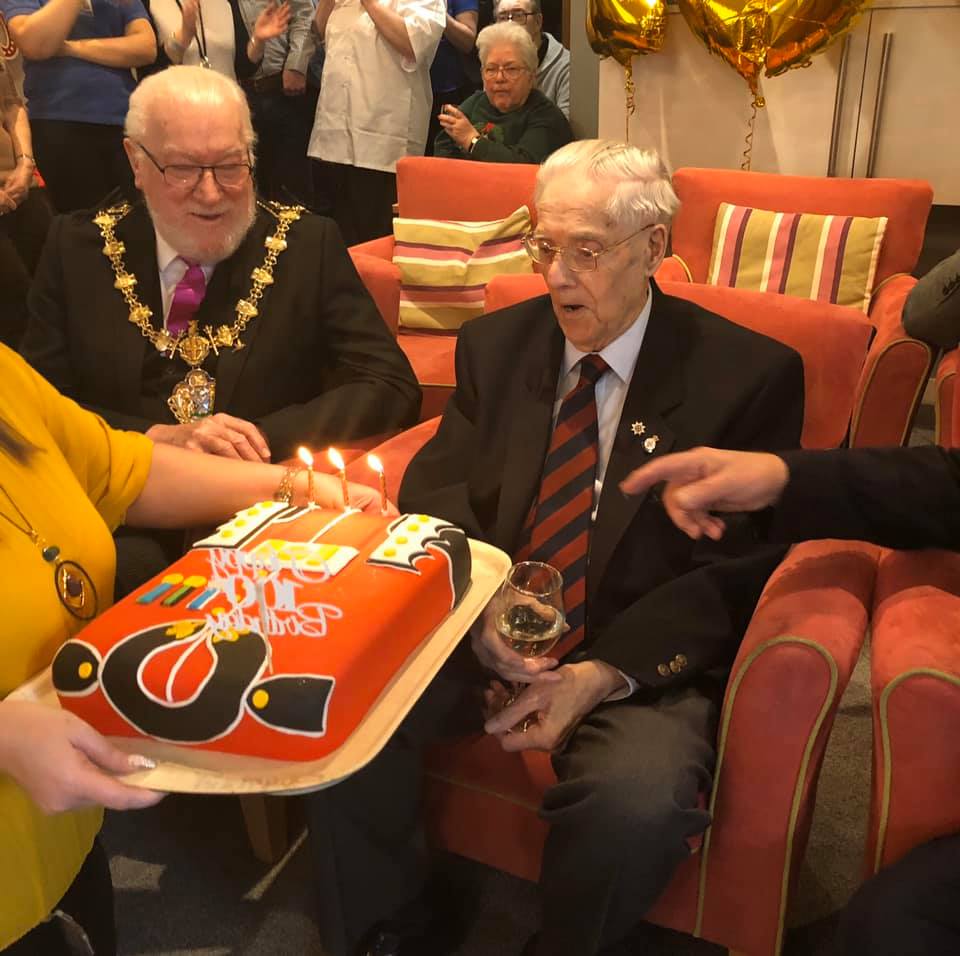 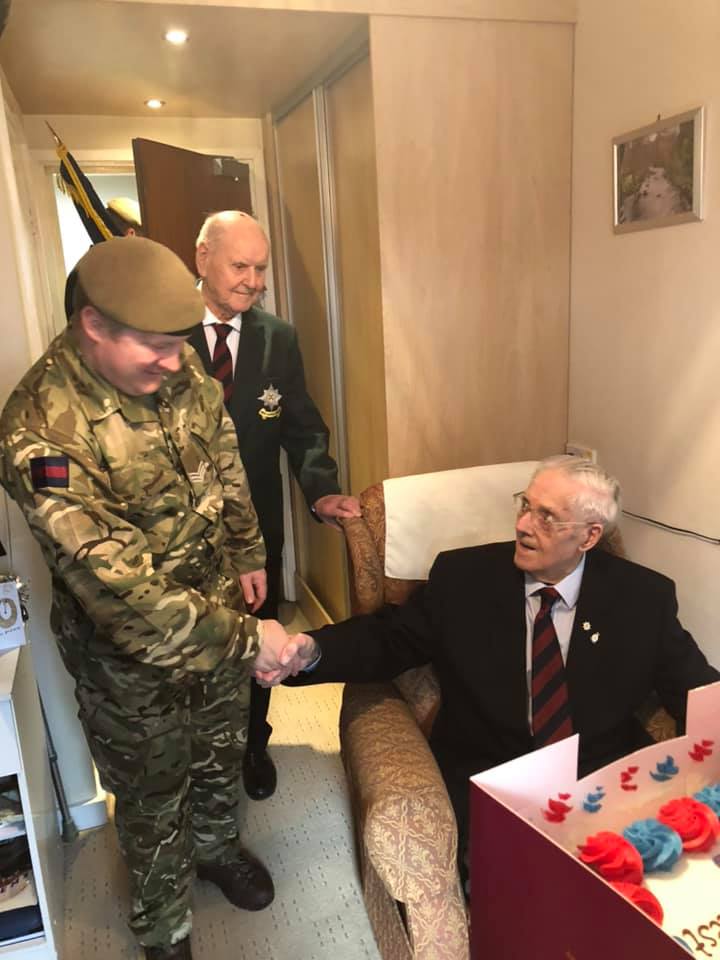 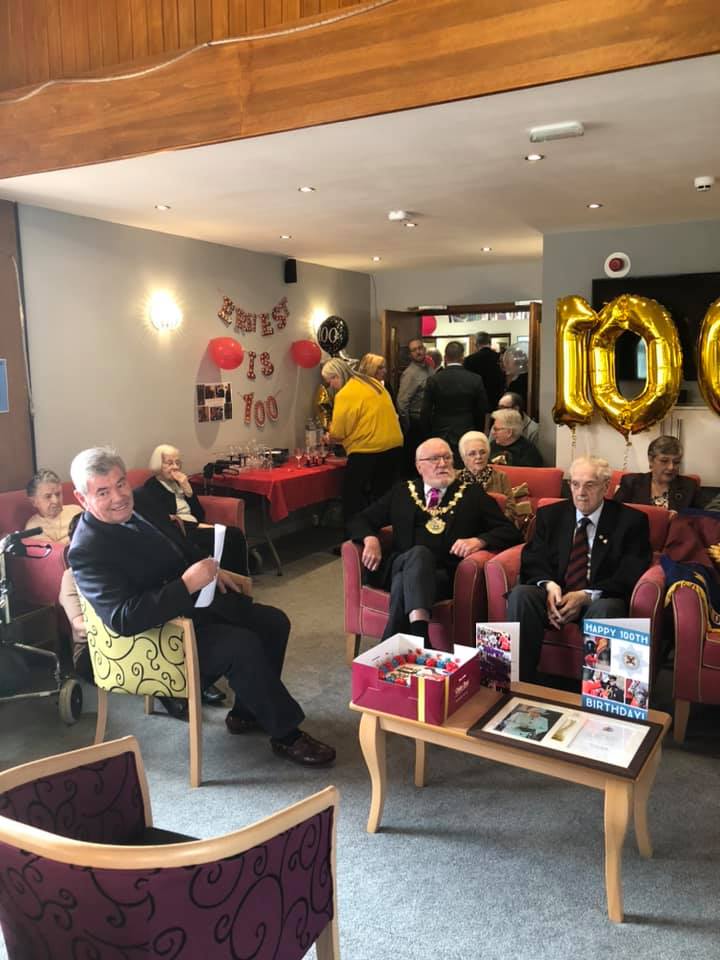 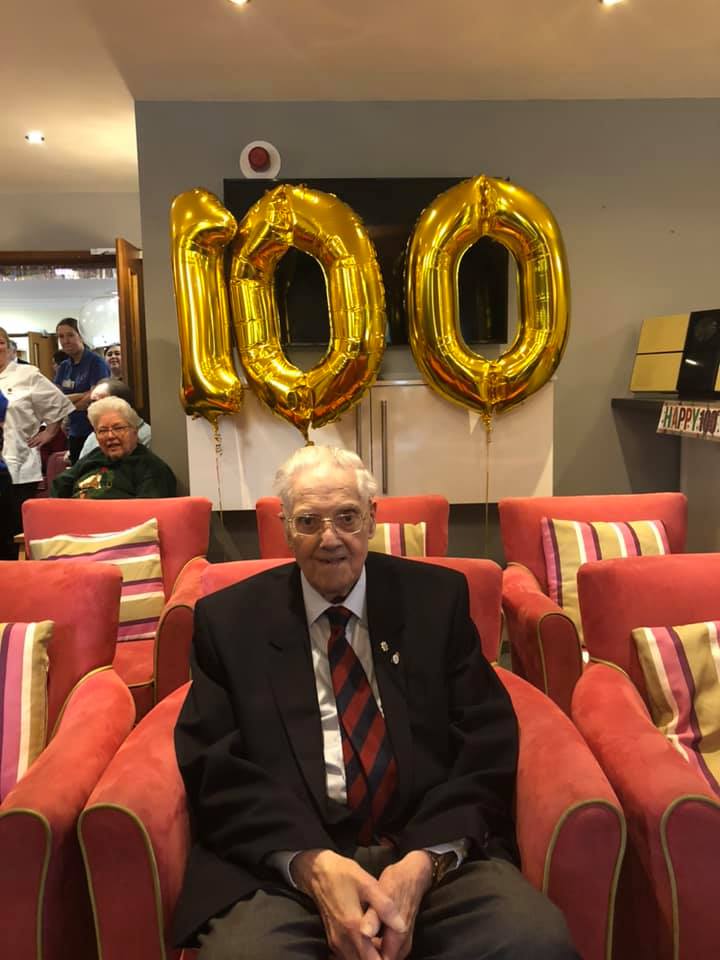 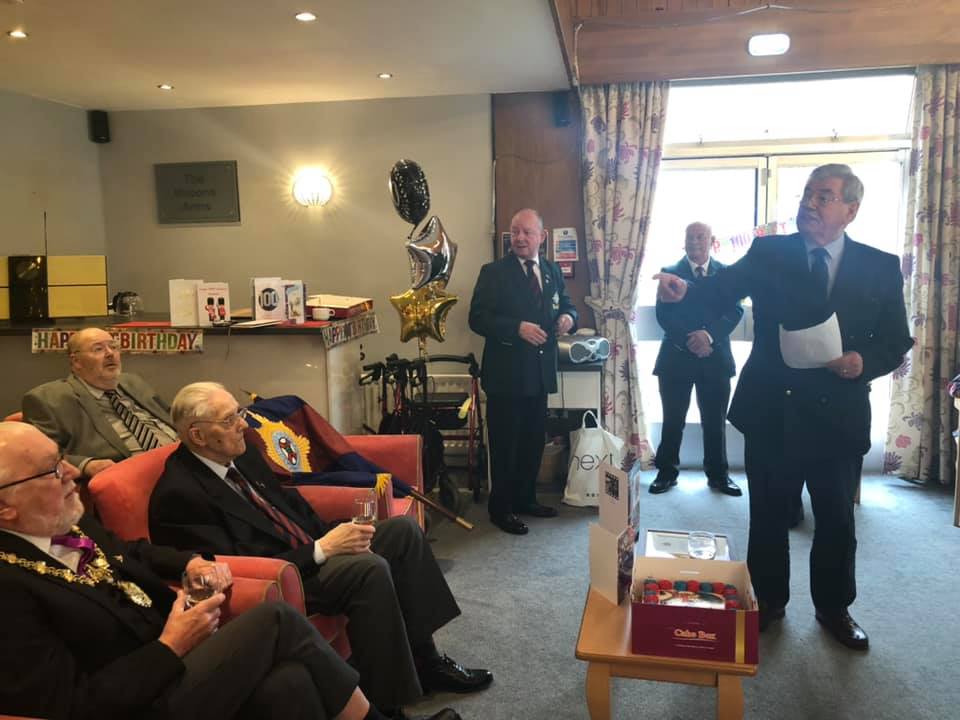 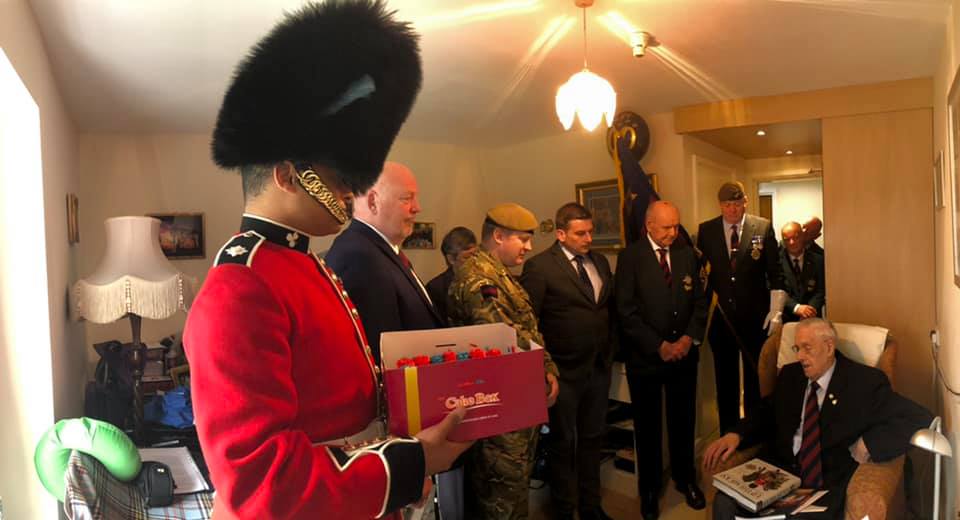 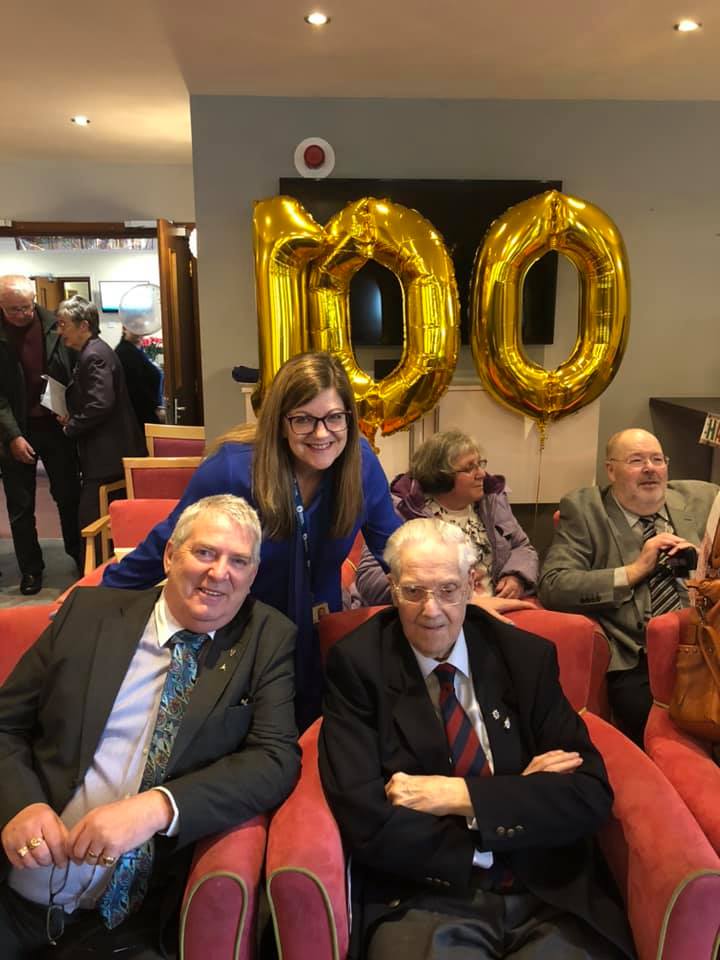 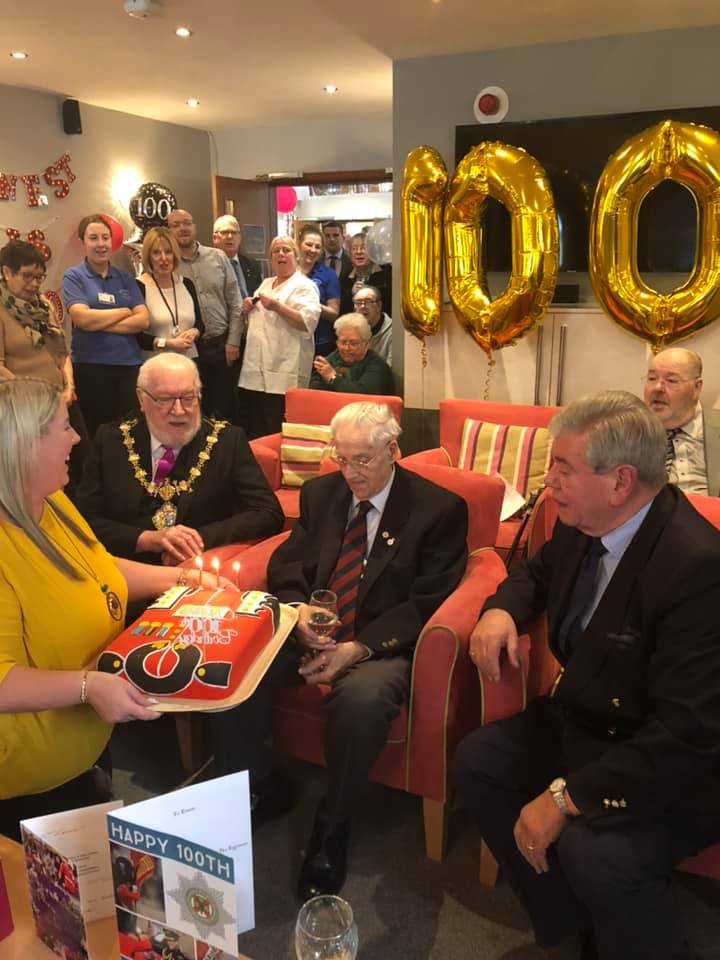 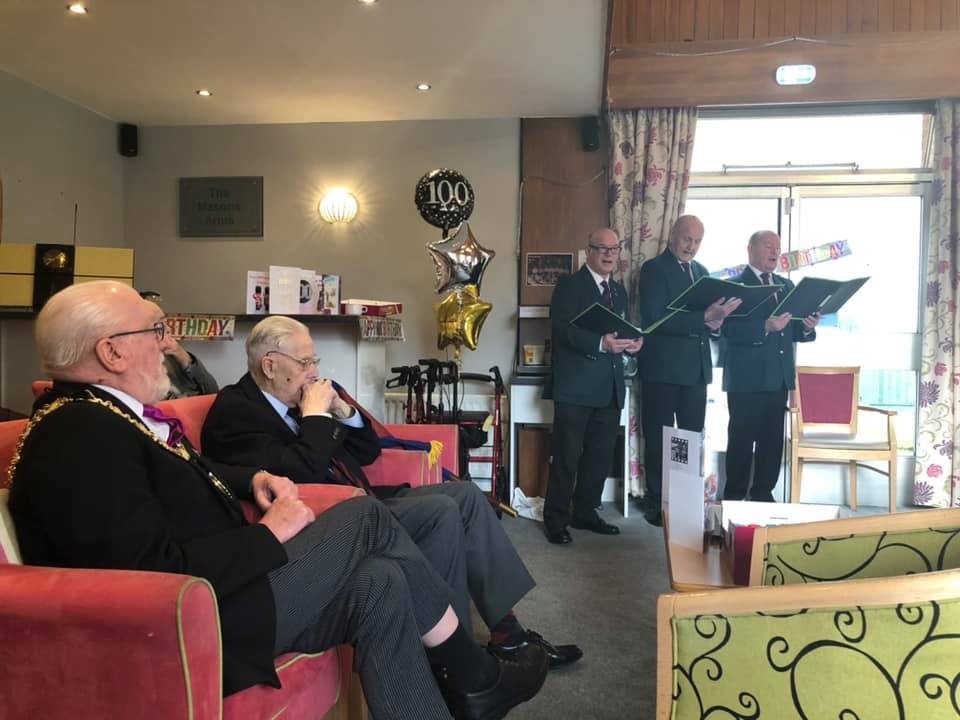 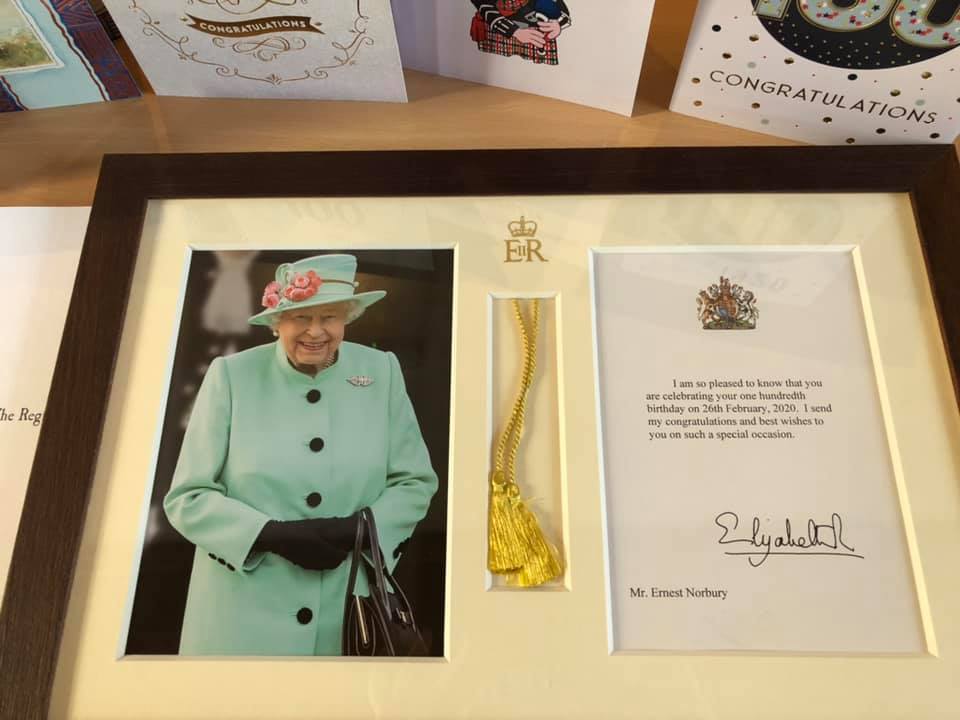 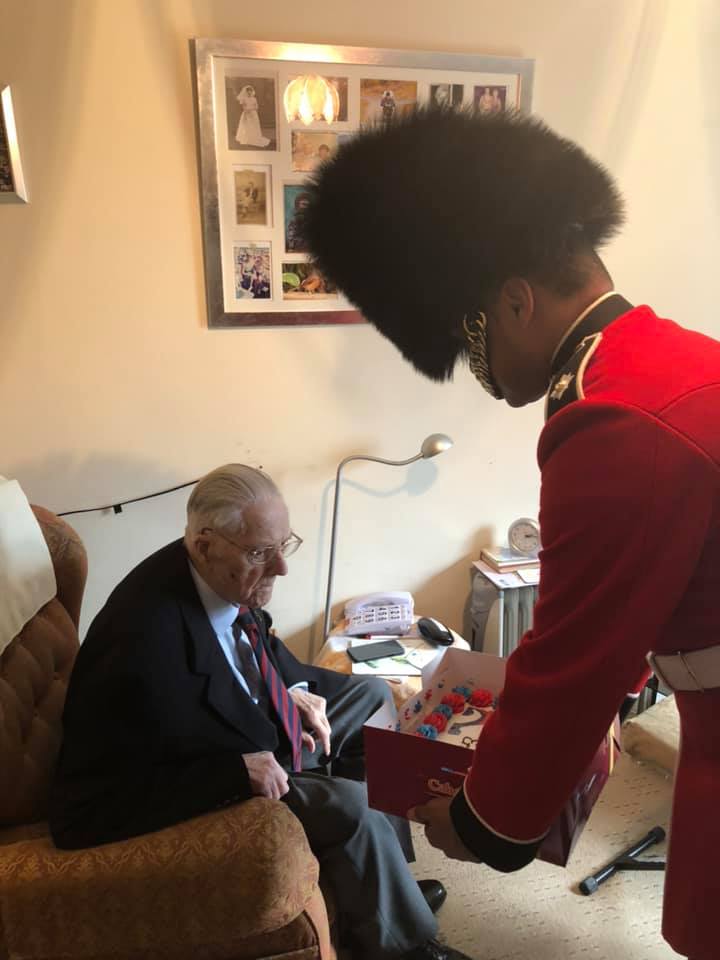 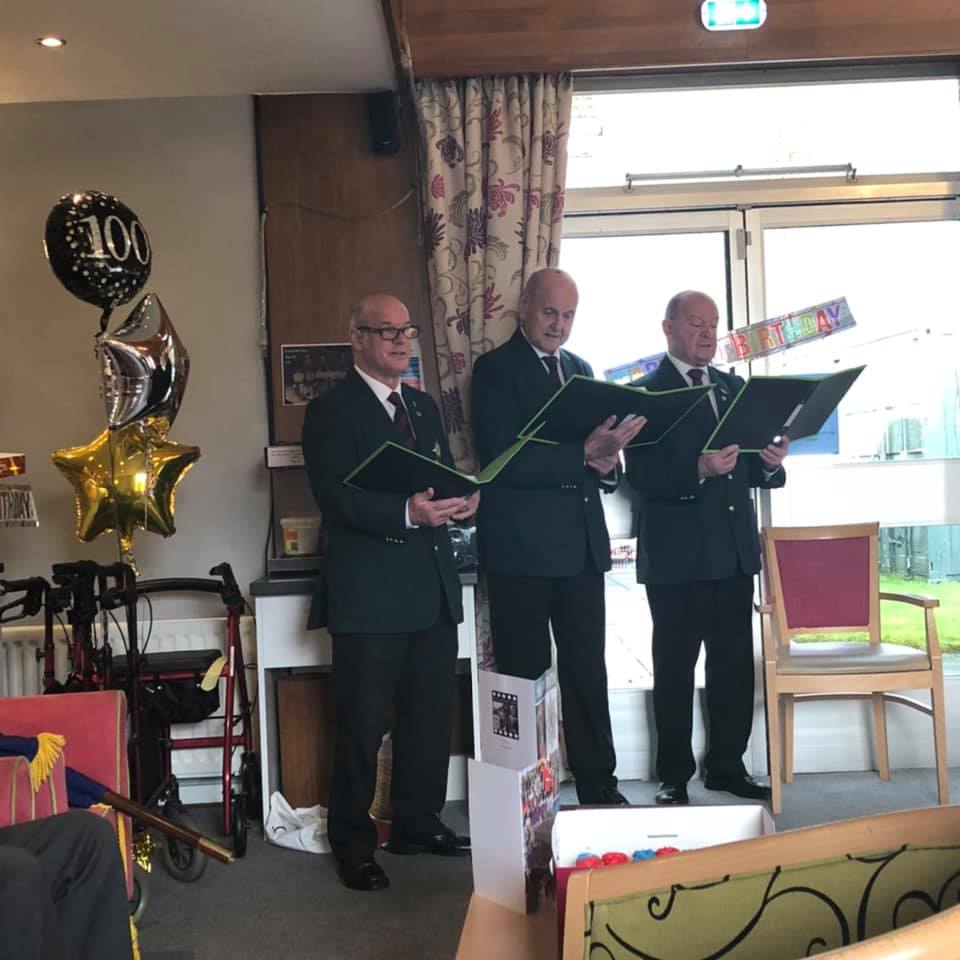 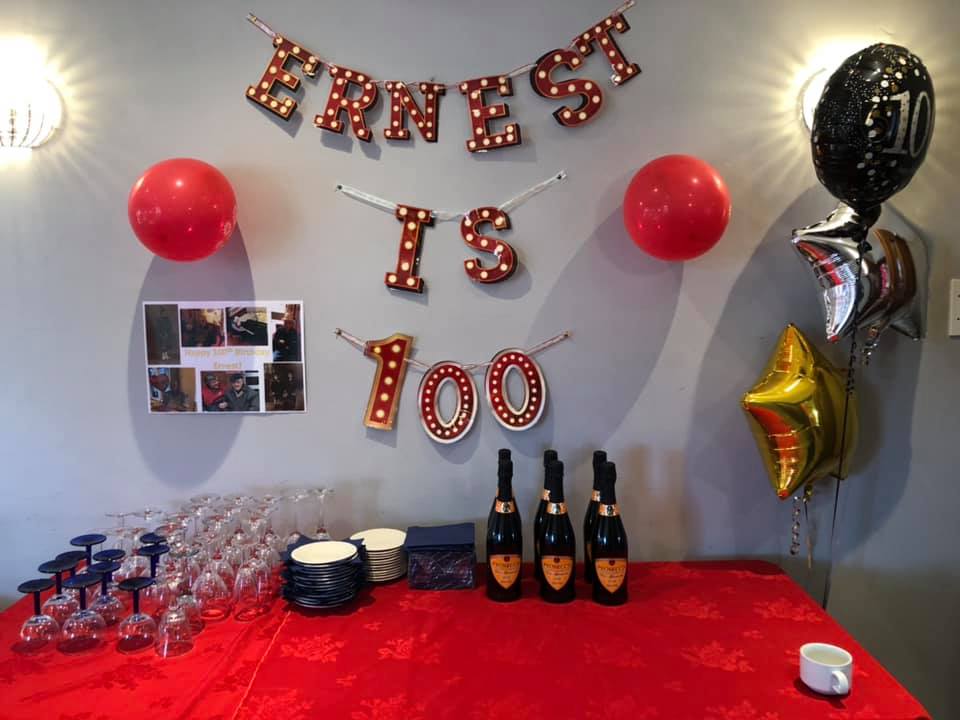 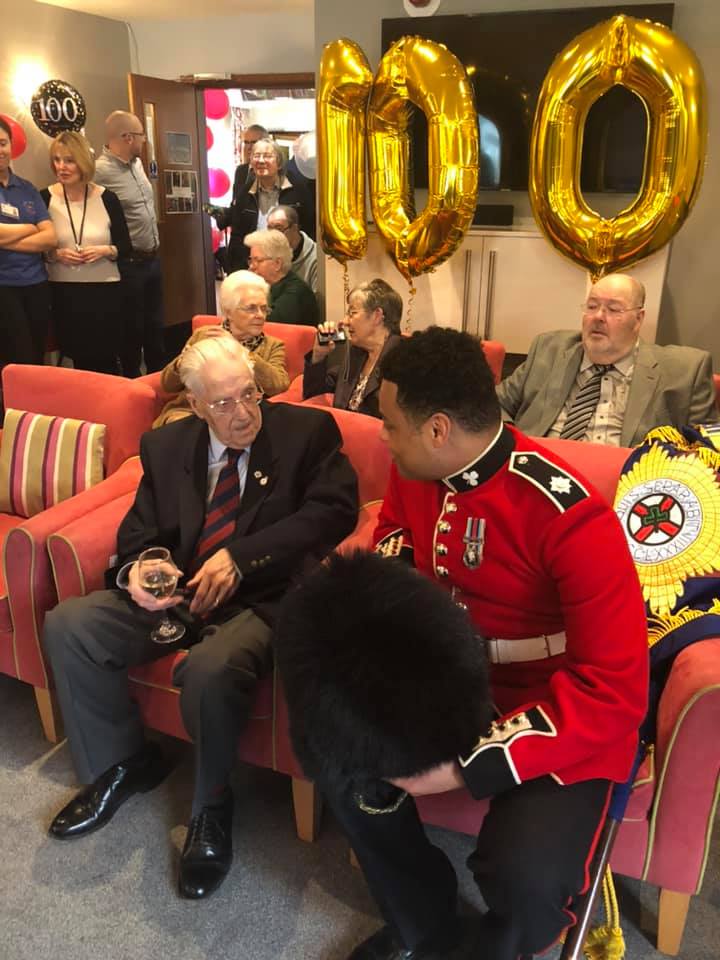 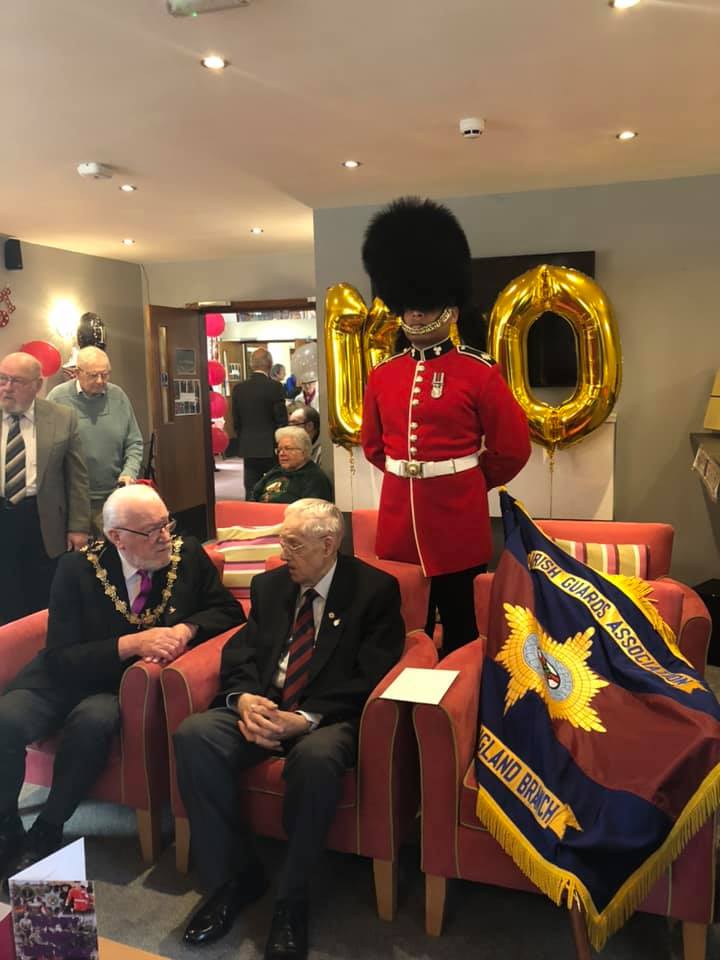 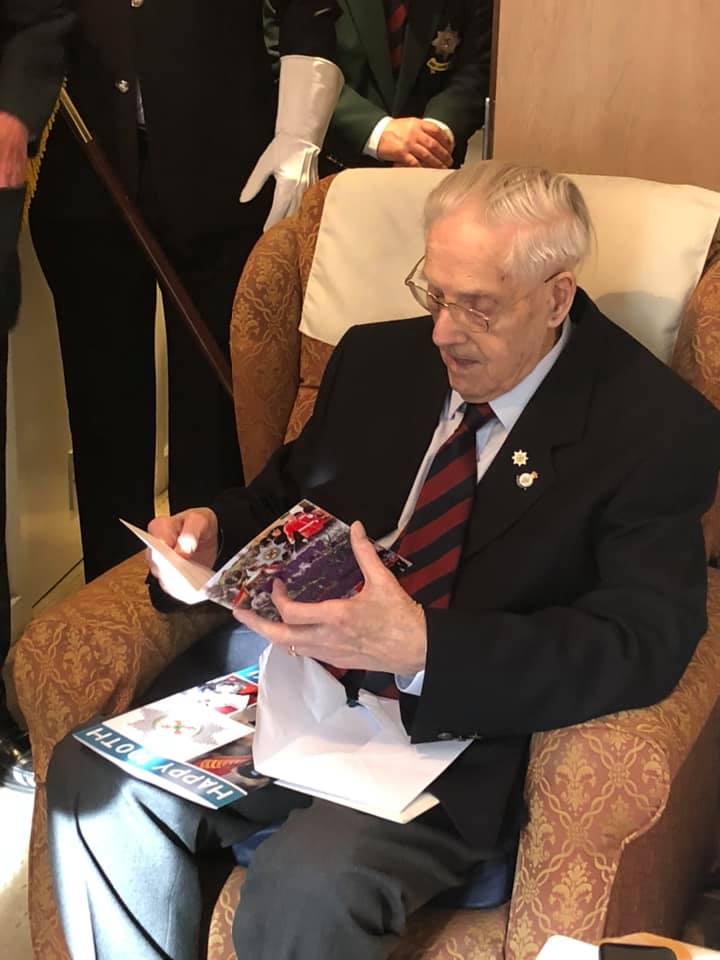 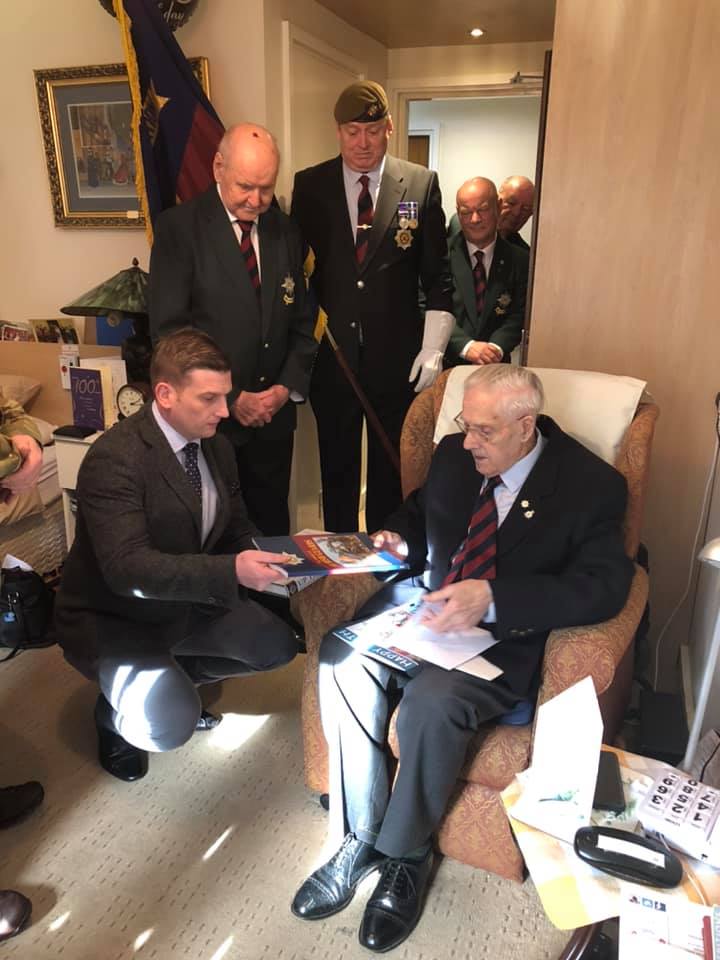