The Peel Tower Abseil and Open Day was a great success. The number of participants and the amount of monies raised through sponsorship greatly exceeded our expectations. To date we have raised in excess of £8500. With the outstanding sponsorship monies and Gift Aid recovered from HMRC we envisage the total will top £10,000. Congratulations to all of the YPC members who planned and delivered the event. Special thanks are also due to all the volunteers who ran the stalls at Hewlett Court, acted as chauffeurs ensuring that there was a steady flow of abseil participants to the Tower and the Army Cadets for their marshalling at the Tower and Hewlett Court.

The idea of an abseil on Peel Tower began with a casual remark at the Teddy Bears’ Picnic, June 2017.  One of the Young People at the Picnic, looking at the tower from the grounds of Hewlett Court, remarked that it would be a challenge to do an abseil.

Planning the event was testing. The YPC were able utilise the experience built by the organisers of the Teddy Bears’ Picnic for the Open Day. Organising an abseil was a new skill set. Bury MBC, who own the Tower, granted us permission for the abseil and suggested we contact Alternative Adventures to run the event for us.

Response to our invite for volunteers surpassed our earlier forecasts. We had eighty five people who were willing to put their name on the list. On the day there was some cry off’s. Somebody said there was a football match on the telly that day. Seventy seven did the abseil.

Many East Lancashire Masons along with their families and friends took the opportunity to raise funds on the day; most notable were the PGM, Sir David Trippier and APGM, Chad Northcott.

The Mayor of Bury attended the Open Day at Hewlett Court and her Consort, Mark, took up the challenge to participate in the abseil

Transport was available from Hewlett Court to the cark park for the tower. The weather was brilliant on the day, dry, hot, a light breeze and sunny. There were magnificent views from the top of Holcombe Hill and the tower, for those brave enough to look before beginning the descent. 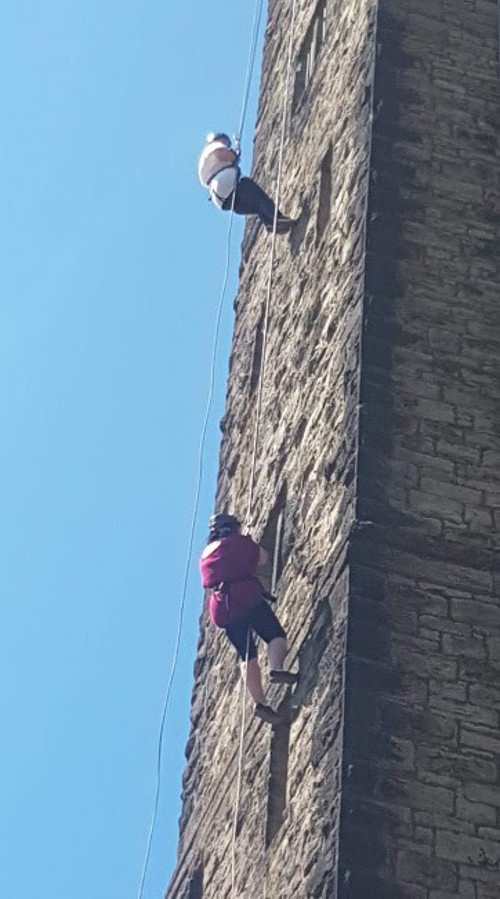 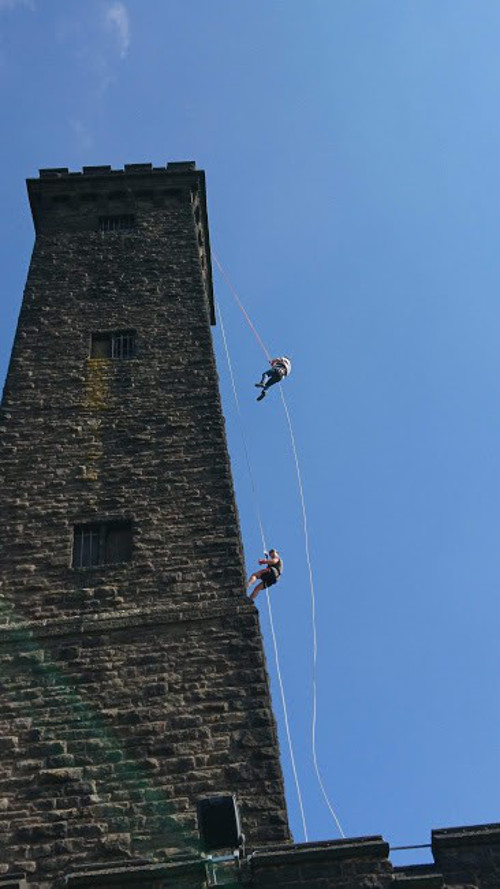 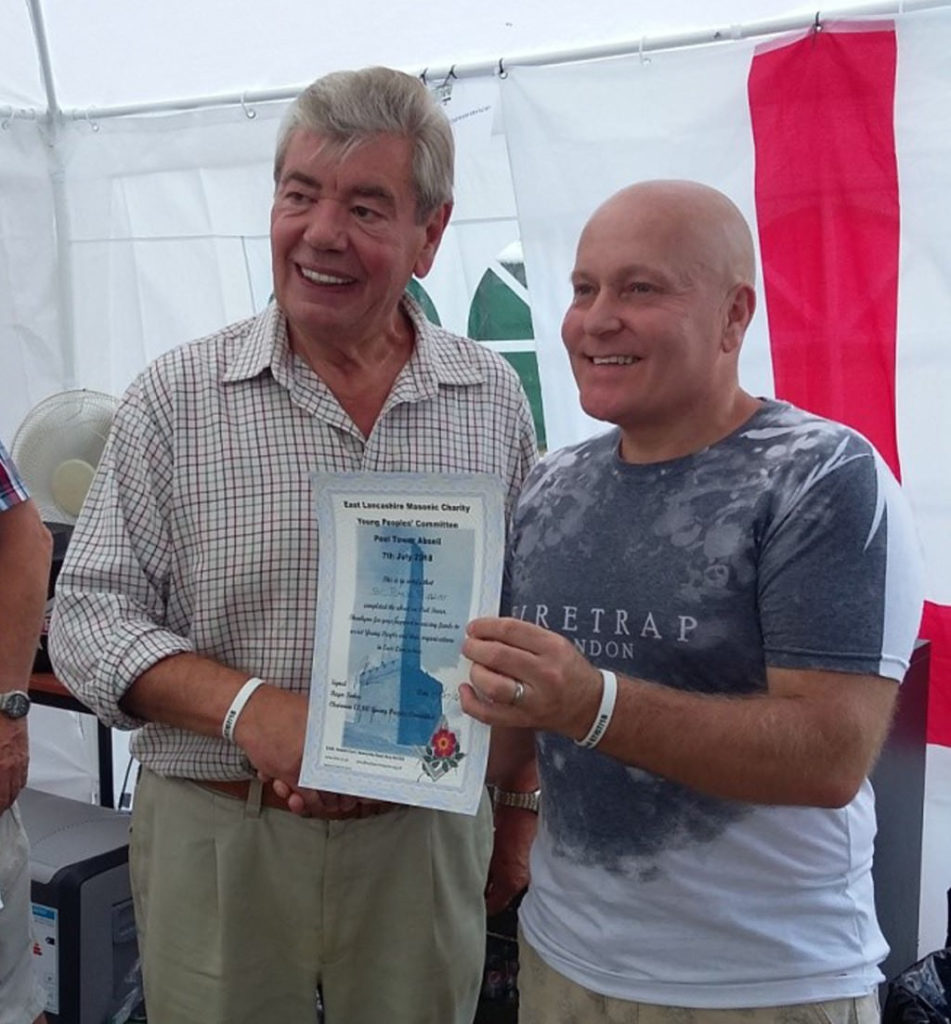 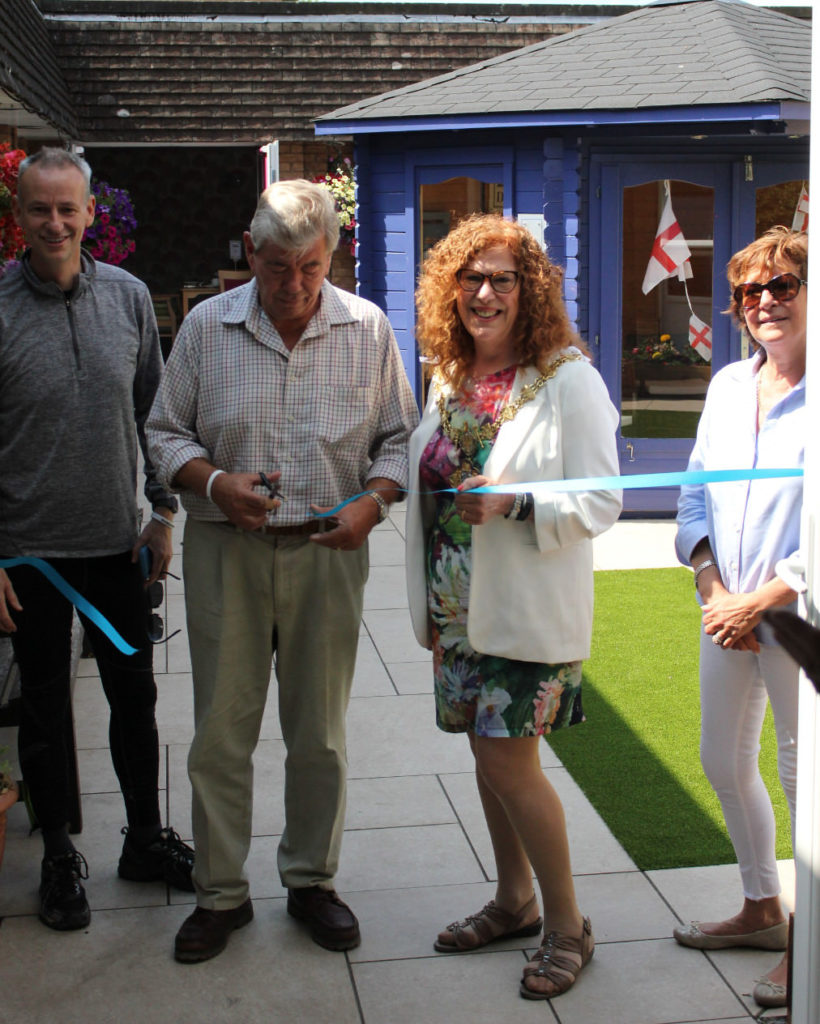 The Open day at Hewlett Court was well supported, especially earlier in the day, before the people began to leave before that football match.

At the Open Day there were a number of attractions and activities. The YPC want to thank everybody who contributed in making the day an outstanding success: 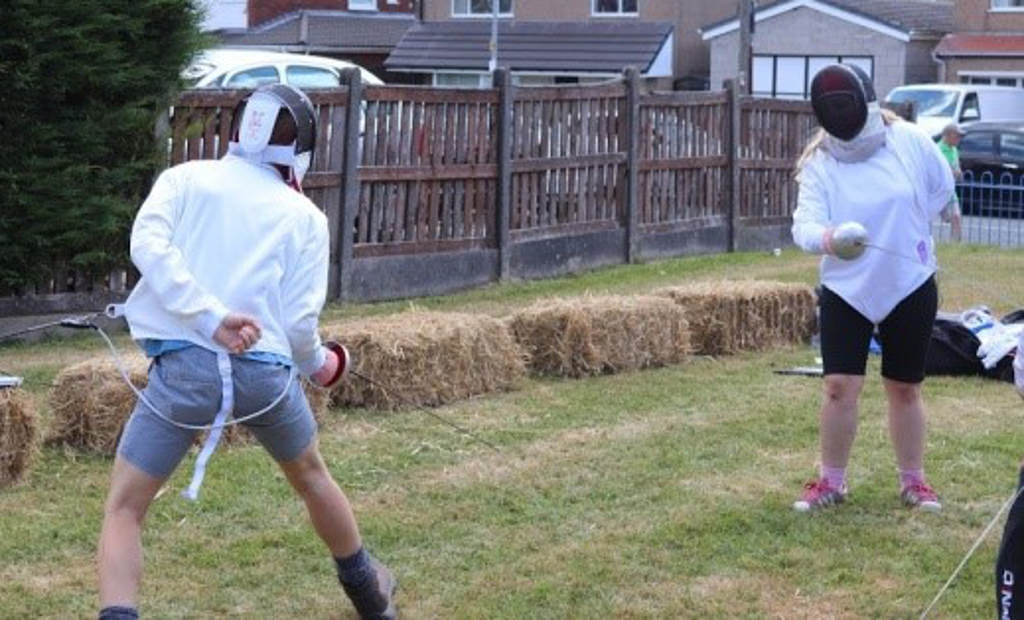 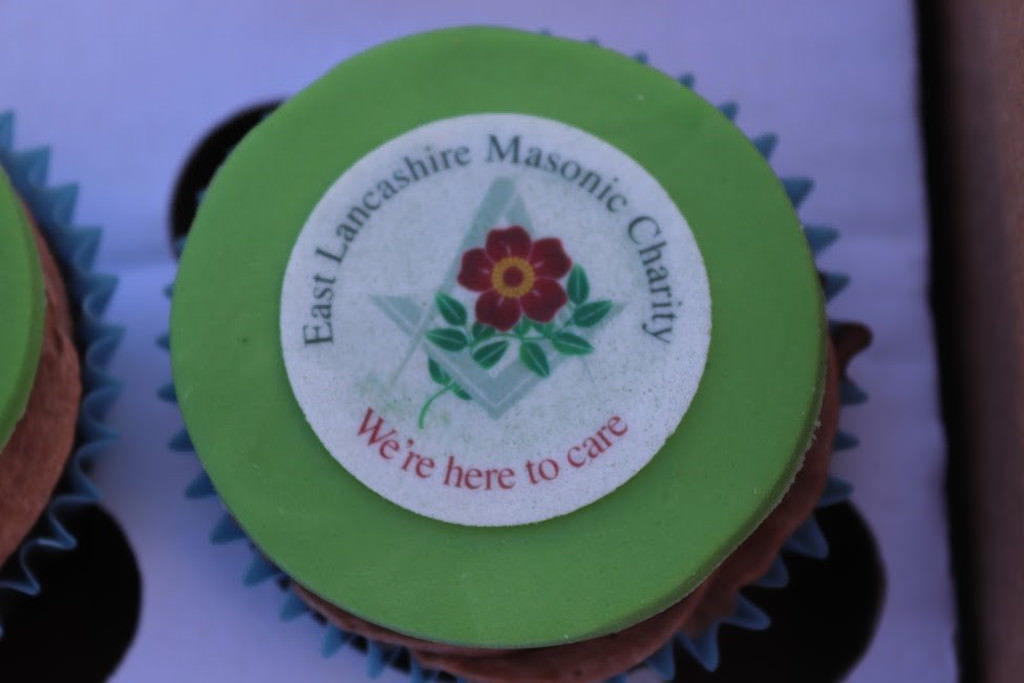 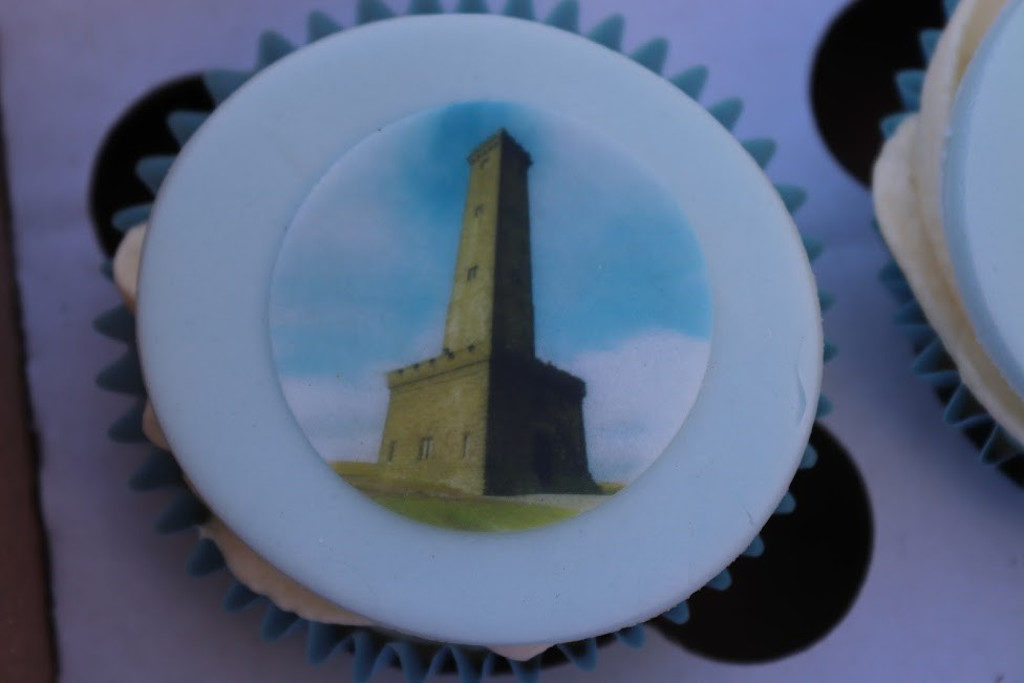 Axe Throwing and crossbow provided by Woodsage , fencing demonstrations and laser pistol from Salle Angelo Fencing Club, barbeque manned by Townley Parker lodge members and Diane, Team Rise, Oldham District selling the raffle tickets and bottle competition. Audenshaw District with three stands TLC, Cakes, district support for Young People, provision of large screen TV by Southern Area to watch the game, Tea and Coffee provided by Bury District. A giant telescope was trained on the tower and displaying images onto a laptop screen provided by Graham Moss of Oldham District. The Provincial Trailer was used to register abseil participants [manned by Chris Wildman], Ambulances and First Aid cover at Hewlett Court and the Tower courtesy of Dave Mylett and Eddie Barlow, East Ribble for the provision of gazebos, Holcombe Brook Primary School for the loan of tables and not forgetting Jim Fallows for the Bar from East Ribble. 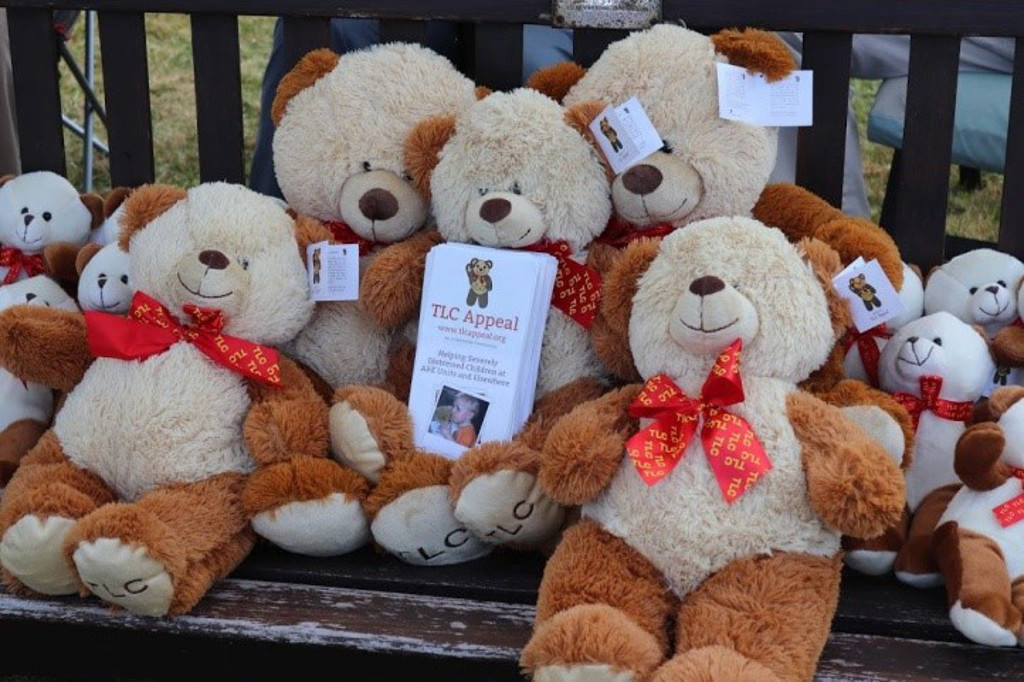